Sadak 2 becomes lowest rated film of all time on IMDb with 1.1 score 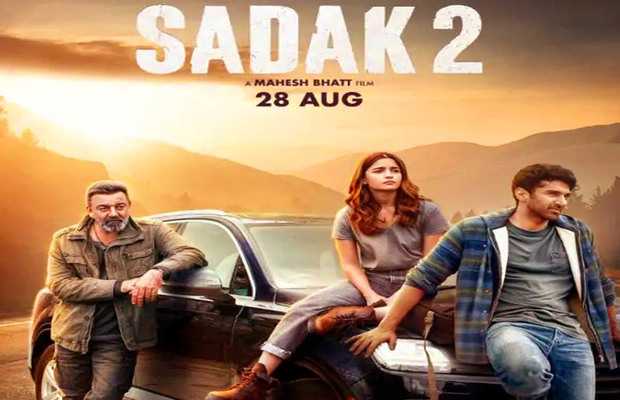 ‘Sadak 2’ becomes a lowest-rated film of all time on IMDb with 1.1 score, after being released digitally. 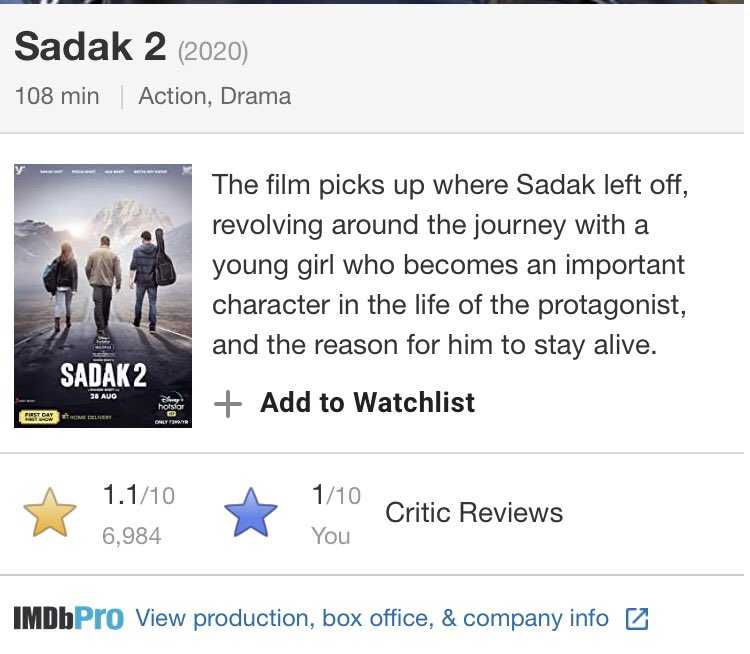 The film has so far garnered 9,821 IMDb users’ votes and has been rated 1.1 out of 10 at the platform that usually ranks films as per the audience’s votes.

The other lowest-rated Bollywood films sorted according to their IMDB Rating are Ajay Devgn’s Himmatwala (1.7), Ram Gopal Varma’s Fire (1.7), Abhishek Bachchan-starrer The Legend of Drona (2) and Himesh Reshammiya’s Karzzzz.

Meanwhile, Twitter is buzzing with negative reviews and memes regarding Sadak 2.

Unbearable – Slow paced – illogical@MaheshNBhatt last film #SADAK2 will be a BLOT on @VisheshFilms forever, In movie Father tried to kill his daughter, and in reality Mahesh killed his classic film SADAK
Sadak 2 is a cult DISASTER pic.twitter.com/VyZQjTAx9R

Still in trauma after watching #Sadak2 , many bad films will come & go but beating this film in terms of horrendous direction, script, dialogues , screenplay & acting would be an arduous task for upcoming movies. Its a epitome of worst cinema. @DisneyPlusHS will regret buying it. 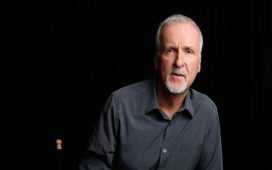