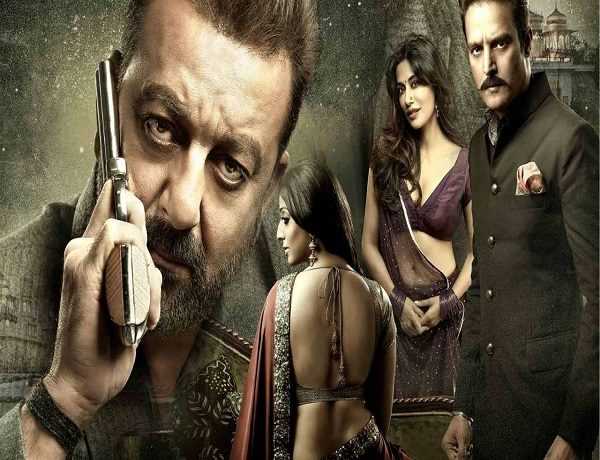 There is a fine balance between using the method which was successful before and offering something new and different to the audience. Saheb Biwi aur Gangster 3, struggles with this question. If you haven’t seen the 1st and the 2nd part, this isn’t a film for you (yet). Before I went in to see this film, I tried to refresh my memory with skipped revision of SBAG 2. This film also continues on the theme of a dysfunctional marriage between two individual who are flawed in their own way. Or at least it tries to but too many varied factors convolute the basic premise and eats away a lot of what this series has had to offer.

They introduced us to the Gangster 1st. Sanjay Dutt, playing more or less himself as Uday Pratap Singh, the owner of a ‘House of Lords’ a Night Club in London. He is shown as an outlaw, and an expert at Russian roulette but deep down he is a softy. When given a choice to pick between helping a community center owner and a drug dealer, he obviously chooses the community center owner. Chitrangda Singh, is his love interest playing a dancer, Sohane. We are told that Sanjay Dutt was sent to London 20 years ago by his parents due to anger issues. But someone, the love of Sohani and Uday are deeply in love. Perhaps Sohani, is playing a 40 year old dancer, the director doesn’t tell us.

In India, Madhavi Devi (Mahi Gill) is now a respected politician. She is making all moves to keep her husband in jail. Saheb, however comes out and that becomes the most interesting part of the film. The friction and anger between the two lead character is very engaging. Saheb, tries to play the alpha male and makes moves to get  Madhavi rid of her position. They know this would end in betrayal but they play along, perhaps for survival. Uday, now has to be in a clash with these two. So, conveniently a gora Lord disrespects Uday, and in return he smash a bottle on his head. Uday leaves, divorces his wife and leaves behind his daughter to come back to Sohani and a cynical father (Kabir Bedi) and younger brother (Deepak Tijori).

The lives of the estranged couple and Uday cross paths as expected. Madhavi, through a mix of her power and charm tries to get rid of Saheb with the help of Uday and others. What’s in it for Uday? A shot at redemption and money. Who comes out on top, team Uday or team Saheb? Who is playing for which team? The director ends up creating some tension in the climax. But that is too disjointed with the rest of the movie.

The script is very well rounded at least if seen as individual story lines. Even in complex web like entanglement, the director successfully shows us character’s motivations. For a film showcasing Royals, I would have liked to see a bit more of the Havelis turned hotels. None of the songs stand out either.

The problem is the film diverts your attention from one scene to another. Is it trying to show Sanjay Dutt as a larger than life character? Is it a dark thriller about betrayal? Is it a about political wrangling? Is it a love story of Uday and Sohani? Perhaps a mix of all and a master of none. This is what Saheb Biwi aur Gangster is, a rumbling film about deceit. 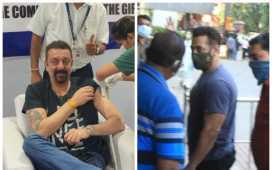