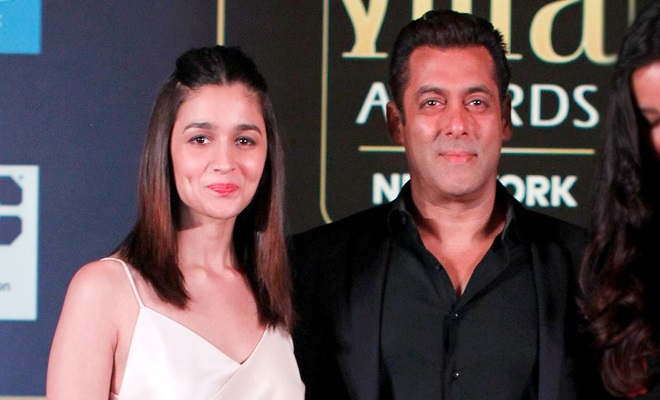 Earlier today it was Salman Khan who shared the news with his followers stating that the Alia Bhatt and himself starrer Inshallah had been pushed back from Eid 2020. Inshallah, a Sanjay Leela Bhansali production will now no longer release on Eid ul Fitr 2020 but Salman indeed promised his fans that he would be releasing a film on the occasion nonetheless.

“The film with Sanjay Leela Bhansali is pushed but I will still see you all on Eid, 2020. Insha-Allah!!” Khan had shared on his Twitter.

However, now it seems the film has been shelved for good and no reason has been given officially as yet. According to Sanjay Leela Bhansali’s Twitter handle, Inshallah had been put on a hold for now.

“Bhansali Productions has decided to not go ahead with In-shaa-Allah for now… Further announcement will be out soon… God willing,” read the Twitter statement.

Although the film has been put on a hold for now, it was been stated that Alia Bhatt had already begun to shoot for the film with a song sequence.

On the work front, Salman Khan will now apparently have more time to work on Kick 2 and the next film lined up for the Tiger Zinda Hai franchise, any one of which, will perhaps released on Eid ul Fitr next year, as per Khan’s promise.