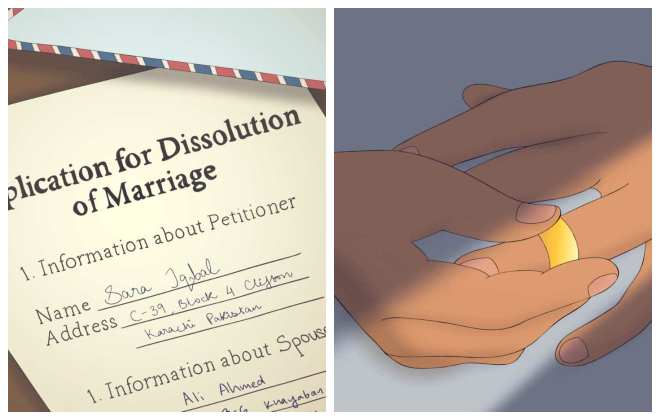 AAGAHI is a public service campaign which aims to educate women about their legal rights in Pakistan. The sixth animated short film, “Filing for Divorce [Khula Laynay Ka Tareeqa]” explains the process of filing for a Khula (divorce) through the courts. The video answers questions about registering the divorce, who keeps custody of the children, and whether or not the wife has to return the mehr given by her husband.

AAGAHI is a series of 14 short animated films conceptualized, produced and directed by SOC Films, helmed by Two-Time Academy Award Winner Sharmeen Obaid-Chinoy, which cover topics such as the law, its interpretation and the safety that it provides to the victim. This will also include the legislation, as stated in the Pakistan Penal Code, and the various case laws, which have been passed or revised in the recent years.