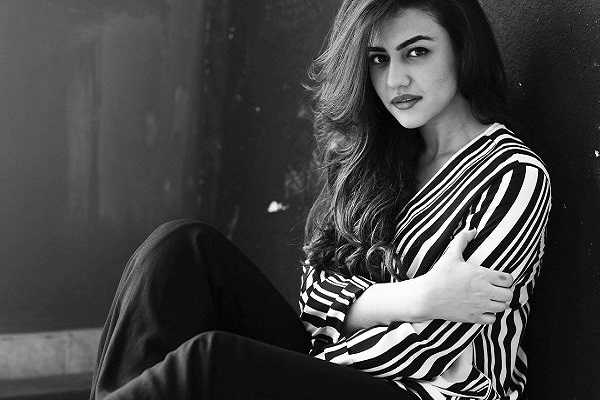 Zara Noor Abbas has been excelling in TV for some time. Carving out a niche for herself, with acting and modeling, she has certainly stepped out of her illustrious aunt, Bushra Ansari’s shadow. So, it was perhaps inevitable that she would progress (one could call it progress) to films soon enough.

Zara Noor Abbas signed for a major role in Asim Raza’s much talked about film Paray Hut Love. At times, actors and actresses give this sense that they themselves were slightly surprised at the offer of a film. That was certainly not the case with the Khamoshi star. She sounded assured and confident.

“Asim Raza initially called me for a commercial but unfortunately, I had my honeymoon planned during those dates. Then he came to my wedding and we remained in touch. He offered me this role and I couldn’t say no. The script was so well written, I was super pleased that I was getting this opportunity. Doing a film was on my life’s checklist and I am glad I get to do with such a great director.”

Paray Hut Love is a rom-com. Maya Ali also recently signed for the film. What is Zara’s character I inquired?

“When I was reading the script, I enjoyed it. It was hilarious. My character gets a lot of punchlines. It is a very well-articulated character. I am sure people will enjoy watching it.”

Say what you will about revival of Pakistani cinema, but one thing we are getting right is role of heroines in films. From Mehwish Hayat, Mahira Khan to Maya Ali, a decent number of films have strong female characters. Does Zara feel this is a good time to get into films?

“Yes you could say that. Recently Teefa in Trouble did great business as well. Also as the industry grows, everyone will gain from it.”

And signing a film would mean no TV for a while?

“No. I see no reason to turn down quality content no matter what the medium is. If I get a good script for TV or film I will go for it.  Look, I don’t know why people assume such stuff. I am open to quality work and that is the bottom line.”

And would she go for some formal acting training?

“I don’t believe that you can learn acting. You are sort of born with it. So, I don’t see the point of actually getting formal training or using any such methods. The more an actor acts, with experience they get better. I am working hard on my craft. Friends and family members keep giving me suggestions. If you keep trying and persist with it, I believe Allah paves your path. ”

Paray Hut Love is slated for release on Eid ul Fitr in 2019. In, Zara Noor Abbas, Shehreyar Munawar, and Maya Ali they have the brightest young talent of the country and with Asim Raza as director, they have a man who has delivered a blockbuster story of young people coming of age. Sounds like the right mix to get a fun, entertaining and youthful film.