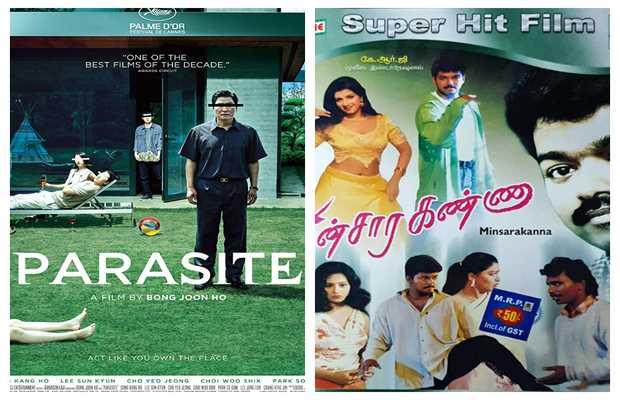 Bong Joon-Ho’s directorial however soon landed in slight trouble as Tamil producer PL Thenappan came forward with the claims of Parasite being a plagiarized version of his 1999 release Minsara Kanna. The producer also announced that he will pursue a legal course of action against the Korean filmmakers.

“On Monday or Tuesday, I will be filing a case with the help of an international lawyer. They have taken the plot from my film. When they find out that some of our films have been inspired by their films, they file cases. Similarly, it is only fair for us to do the same,” said Thenappan while talking to an Indian publication.

The producer added that he will also claim compensation for stealing credit for his work.

Minsara Kanna is a directorial of KS Ravikumar, starring Tamil superstar Vijay. The movie revolves around Kaasi (Vijay) who enters a rich woman’s household as a driver and then gets his whole family employed there.

On the other end, Parasite is a story of a poor family infiltrating a rich family as employees and discusses class differences in a dark humor filled film.