Teefa in Trouble Makes it to Netflix

After a successful run at the box office, the movie is now releasing on online streaming site 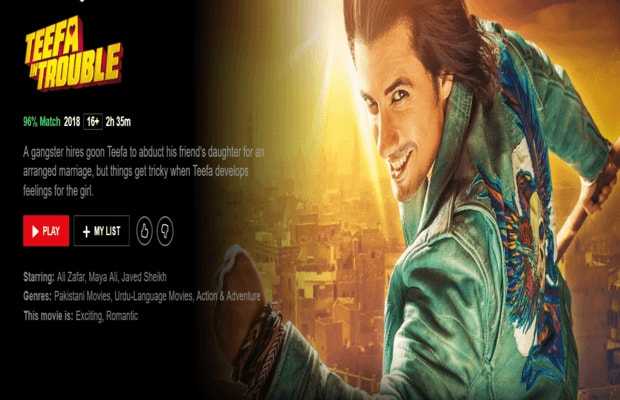 Ali Zafar starrer Teefa in Trouble has landed on online streaming service Netflix, after a successful run at the box office. Film’s lead Ali Zafar himself confirmed on Twitter.

“After the global release last year Teefa in Trouble now available on #Netflix in Pakistan,” tweeted the singer turned actor.

The film is now available for viewers with a subscription to Netflix Pakistan.