With some of the biggest Pakistani films getting premiered on TV, we are all booked 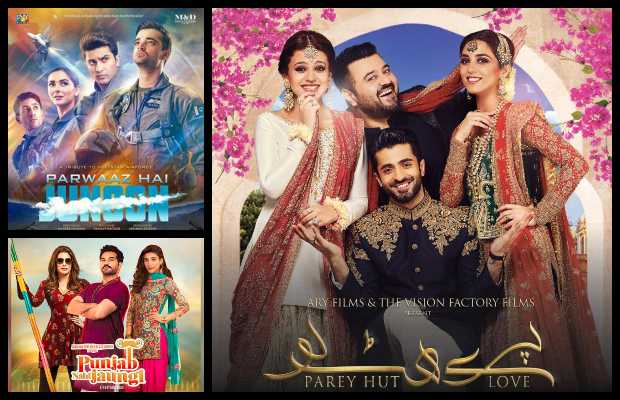 Eid ul Adha is almost here and so are the holidays which we always long for. This time around, however, owing to the Corona times that we live in, television channels have taken upon themselves to make our Eid days worthwhile.

With some of the biggest Pakistani films getting premiered on TV, we are all booked, and here’s the list for you to catch up too.

Presumably one of the few films that we missed not getting to watch when it released two years ago. The film is now coming back as HUM TV will air it on the first day of Eid at 8:00 p.m. local time.

With the star-studded cast and success mantra of JPNA, this film did break a few records on the box office. To claim its success again it will be premiering on TV on day two of Eid. Tune in at 5:30 p.m. to ARY Digital to get your hands on it.

If memory serves us right this film has already made it to TV but for its fans, it can never be enough of watching Mehwish Hayat and Humayun Saeed together. The film will air on ARY Digital at 1 p.m. on Eid day one.

What is being dubbed as the biggest blockbuster of the year by ARY Digital itself, this Maya Ali and Sheheryar Munawar Siddiqui starrer hasn’t announced a day or time for TV premiere but it’s surely happening soon.

Sherdil is all set to hit your TV screens for its World TV Premiere on the Day 3 of Eid-ul-Azha at 9:00 PM on ARY Digital

With the goats and cows roaming around, it will be difficult than ever to keep the young ones inside. Geo entertainment has a solution just for that as it once again airs its successful animated film Donkey King on Eid day one.