This gives fans a better idea of what to expect from the sequel to the 1986 classic. 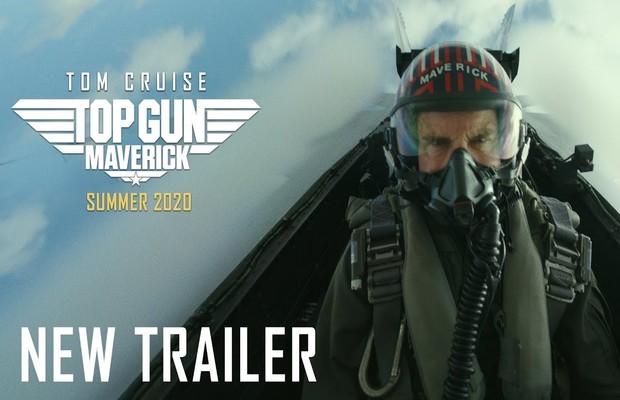 The filmmakers have released a new trailer of upcoming much anticipated Top Gun: Maverick, giving fans a better idea of what to expect from the sequel to the 1986 classic.

The sequel of the 1986 hit is directed by Joseph Kosinski, bringing back some jaw-dropping flight stunts.

The new trailer introduces Tom Cruise as Maverick who is “one of the finest pilots the program has ever produced” training the next generation.

The trailer unfolds as Maverick addresses the class and is introduced as a test pilot who will train a fresh group of Top Gun graduates, who includes Bradley “Rooster” Bradshaw (Miles Teller), who’s the son of his late friend Goose, giving them a taste of his OG Maverick attitude. Which is a reminder for fresh graduates that he is the person, not to be messed with!

According to the film’s original synopsis:

After more than thirty years of service as one of the Navy’s top aviators, Pete “Maverick” Mitchell (Tom Cruise) is where he belongs, pushing the envelope as a courageous test pilot and dodging the advancement in rank that would ground him. When he finds himself training a detachment of Top Gun graduates for a specialized mission the likes of which no living pilot has ever seen, Maverick encounters Lt. Bradley Bradshaw (Miles Teller), call sign: “Rooster,” the son of Maverick’s late friend and Radar Intercept Officer Lt. Nick Bradshaw, aka “Goose.”

Facing an uncertain future and confronting the ghosts of his past, Maverick is drawn into a confrontation with his own deepest fears, culminating in a mission that demands the ultimate sacrifice from those who will be chosen to fly it.

So are you excited to see your favorite Maverik back in action? Let us know your thoughts in the comments below.