Film is slated for release on 28th December. 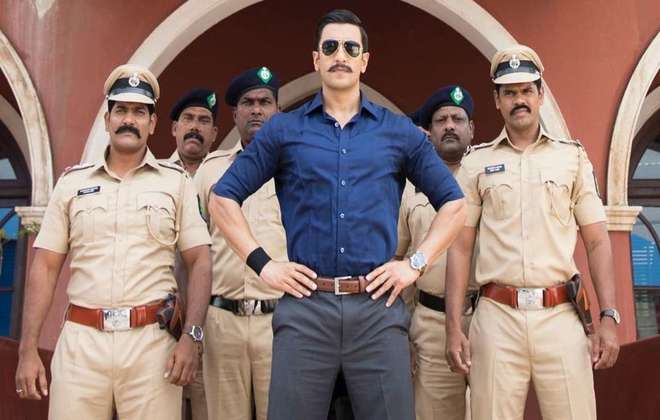 The official trailer of Simmba, starring Ranveer Singh and Sara Ali Khan as the lead pair, has been dropped online today. Giving first detailed look into the action film which has been talk of the town lately.

Film is the remake of Telugu film Temper written by Vakkantham Vamsi, which marks the first collaboration between Ranveer Singh and Rohit Shetty. Simmba is mutual production of Dharma Productions and Rohit Shetty Picturez. It will hit the screens on 28th December.

The trailer opens with Ajay Devgn reprising his role as Bajirao Singham from Shetty’s other film franchise, and who introduces Ranveer’s character. As Ranveer Singh plays Sangram Bhalerao in Rohit Shetty’s Simmba, who is shown as a local hoodlum in the beginning. As the story line progress he transforms into a more responsible. When woman he treats as his sister is raped and killed. Bhalerao’s life suddenly transforms and he takes it upon himself to bring down the rapists.

This is going to be Ranveer’s first film release after his marriage. Ranveer was seen with the Simmba team at his wedding reception in Mumbai on Saturday.

Interestingly, Simmba will be releasing after a week gap of Shah Rukh Khan starrer Zero, slated to release on December 21. Next in store Ranveer has Zoya Akhtar’s Gully Boy, in which he plays a street rapper and Kabir Khan’s 83, in which he is essaying Kapil Dev’s role; the film is based on the underdog Indian cricket team winning the Cricket World Cup in 1983.