Usman Mukhtar’s Bench Set to Be Released in Pakistan 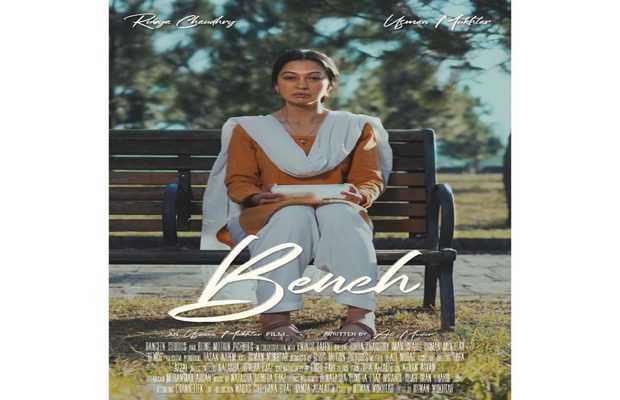 Usman Mukhtar’s directorial debut and starrer short film Bench is all set to release in Pakistan, the news has been confirmed with a fresh trailer. The short that has already won accolades internationally at festivals like Independent Short Film Awards in California, is now all set to woo the local audience.

“It’s a very, very grounded, organic conversation, the dialogues are very realistic. It is not in any way exaggerated,” said Usman while talking to a news outlet.

Alongside Usman, the film also features Rubya Chaudhry who is seen in the recent trailer. The actress said the film is an “intimate dialogue between two hearts in despair, looking to find their own truth in life”.

“It takes courage to make tough decisions, to force yourself out of your comfort zone in order to take charge of your destiny. That’s what it’s about; that turning point where you could either settle with the cards you’ve been dealt or break the mold to find your own truth,” said  Rubya.

The film is based on the life of a couple who finds themselves up against the odds as life offers different choices amid the relationship’s uncertainty or growth. Written by Ali Mudar, Bench will be release soon after the pandemic is over.