The film is scheduled to release in November 2019. 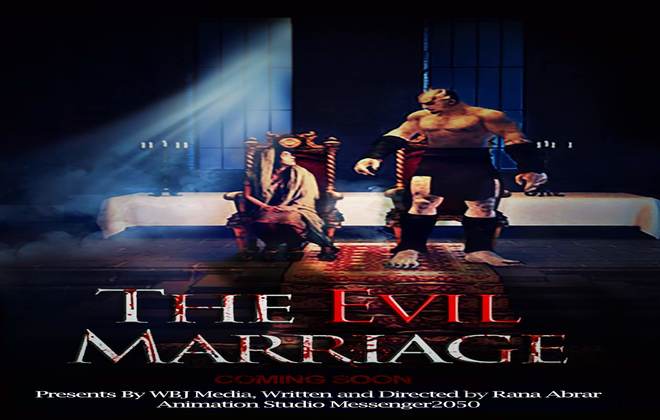 WBJ Media has  announced its newest live-action fantasy film, “The Evil Marriage”. The teaser of the film has been released.

Once upon a time, in a far away, across the dark jungle, a castle in the sky, there lives a king of Evils with his evil guards…

There are plenty of fantasy, fairy tale and horror scenes are in the just-released trailer of upcoming Pakistani film “ The Evil Marriage”.

The film focuses on the character of “Nur” (a human girl) who was kidnapped by the Evil’s king guards and took her to unfamiliar world where she will have to marry the evil in order for others to live, and someone who will sneak into the dark jungle to reach the evil castle and sets out to rescue the beautiful girl.

Rescuing the Nur from the evil king proves the least of their problems when the deep, dark secret she has been keeping is revealed.

It’s a fantasy live-action movie and lot of scenes will be completed by 3d animation studio “messenger2050”, but important portions of the movie will be shot in Turkey and Malaysia.

Director of the film, Rana Abrar in a statement said, “Turkey and Malaysia seems to have become a favorite destination for foreign filmmakers”.

The film is scheduled to release in November 2019.