The film's trailer is a treat for a true cinema lover 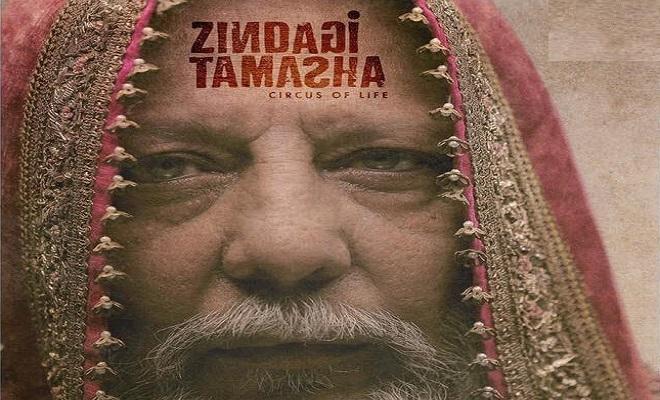 Sarmad Khoosat is a multitalented and very creative individual. The man, in fact, is an asset to the Pakistani entertainment industry. When he acts, he does so with passion. When he directs, he does so with dedication and clarity. When he writes, he breathes life into his words. Khoosat’s Manto, gave an insight into his creative madness and how he could channel it for people to enjoy on the screen. Now, with his film Zindagi Tamasha, Sarmad Khoosat, is all set to take everything to the next level.

Read More : Saba Qamar and Sarmad Khoosat to Team Up Once Again for Kamli

Presenting a trailer that turns out to be delight for a true cinema lover, Khoosat’s Zindagi Tamasha, comes across as a film that fans of art and cinema will certainly enjoy. Its not your average comedy or run of the mill story, Zindagi Tamasha’s trailer brings about a deep, emotional story.

The trailer opens with Arif Hasan as the famous Naat Khawan Rahat Khawaja, suffering the consequences of a serious breach of privacy. What has he done and how did everything came into the limelight is yet to be known but what we see is how Khawaja’s life is destroyed as a result of his secret leaking. His equation with his family, his wife played by Samiya Mumtaz and daughter Eman Suleman, changes because of the secret and the way the society treats him.  Yet, Rahat Khawaja tries to go on normally, but life is difficult with a tarnished reputation, especially when the society has double standards.

Written by Nirmal Bano and directed by Sarmad Khoosat, Zindagi Tamasha is a definitely a piece of art that a certain group of audience will definitely enjoy. However, how well will it relate with the masses is yet to be known.

Zindagi Tamasha, starring Arif Hasan, Samiya Mumtaz and Eman Suleman in pivotal roles will premiere at the Busan International Film Festival before its release in Pakistan. Lets see, how the international audience takes to a Pakistani feature film that presents an intimate portrait of a family as well as a scorching political commentary on little gods on this earth who police our private passions.