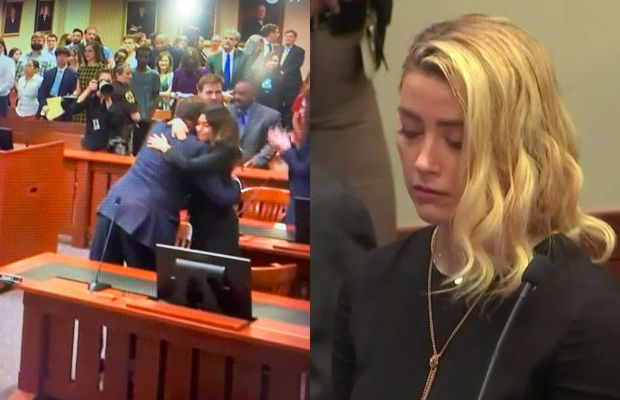 Johnny Depp has won the defamation case against Amber Heard!

The jury finally reached a verdict in the six-week-long trial on Wednesday.

The jury ruled in favor of Johnny Depp in his libel lawsuit against ex-wife Amber Heard.

The seven-panel jury found in Depp’s favor on each defamation allegation.

The seven-member panel found in the Depp’s favor on all counts and awarded him $10 million in compensatory damages and $5 million in punitive damages.

Despite his win, the jury also found Johnny Depp liable for defaming Amber Heard on one count, for which the jury ordered him to pay her $2 million in compensatory damages and a zero-dollar punitive damages payout

Depp had sued his ex-wife and actress Amber Heard for libel in Fairfax County Circuit Court over a December 2018 op-ed, She wrote in The Washington Post describing herself as “a public figure representing domestic abuse.”

Shortly following the jury’s decision to award her ex-husband, Johnny Depp, $15 million in damages in his defamation case against the “Aquaman” actress, Amber Heard has released a statement through her legal team.

“The disappointment I feel today is beyond words. I’m heartbroken that the mountain of evidence still was not enough to stand up to the disproportionate power, influence, and sway of my ex-husband,” Heard said in her statement.

“I’m even more disappointed with what this verdict means for other women. It is a setback. It sets back the clock to a time when a woman who spoke up and spoke out could be publicly shamed and humiliated. It sets back the idea that violence against women is to be taken seriously,” she continued.

“I believe Johnny’s attorneys succeeded in getting the jury to overlook the key issue of Freedom of Speech and ignore evidence that was so conclusive that we won in the UK,” Heard was quoted in the statement.

“I’m sad I lost this case. But I am sadder still that I seem to have lost a right I thought I had as an American – to speak freely and openly.”

tweet
Share on FacebookShare on TwitterShare on PinterestShare on Reddit
Saman SiddiquiJune 2, 2022
the authorSaman Siddiqui
Saman Siddiqui, A freelance journalist with a Master’s Degree in Mass Communication and MS in Peace and Conflict Studies. Associated with the media industry since 2006. Experience in various capacities including Program Host, Researcher, News Producer, Documentary Making, Voice Over, Content Writing Copy Editing, and Blogging, and currently associated with OyeYeah since 2018, working as an Editor.
All posts bySaman Siddiqui 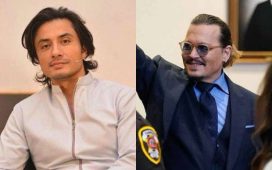 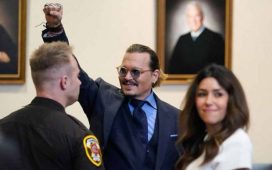