Bruce Willis is suffering from aphasia, a condition that "affects your ability to speak, write, and understand language, both verbal and written. 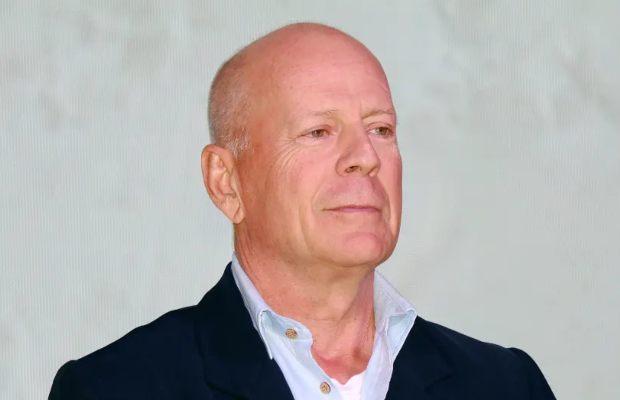 Bruce Willis is stepping away from acting after being diagnosed with aphasia.

In a sad turn of events, we come to know that one of our favorite Hollywood stars won’t be continuing acting in recent times.

The announcement was made by the Die Hard movies star family on Wednesday sharing a brief account of Willis’s health.

Bruce Willis is suffering from aphasia, a condition that “affects your ability to speak, write, and understand language, both verbal and written.

According to health experts, aphasia usually occurs after a stroke or head injury and it could also develop following a brain tumor or disease.

His family made the announcement via an Instagram post, stating: “To Bruce’s amazing supporters, as a family, we wanted to share that our beloved Bruce has been experiencing some health issues and has recently been diagnosed with aphasia, which is impacting his cognitive abilities. As a result of this and with much consideration Bruce is stepping away from the career that has meant so much to him.”

The announcement signed by Willis’ daughters — Rumer, Scout, Tallulah, Mabel, and Evelyn — as well as his wife, Emma, and his ex-wife Demi Moore, added, “This is a really challenging time for our family and we are so appreciative of your continued love, compassion, and support. We are moving through this as a strong family unit and wanted to bring his fans in because we know how much he means to you, as you do to him.
As Bruce always says, ‘Live it up’ and together we plan to do just that.”

As being reported Willis has several projects in the works slated for a 2022 release, including the action thrillers The Wrong Place and Fortress: Sniper’s Eye.

Willis, 67, is best known for his Emmy-winning performance on ABC’s Moonlighting, on which he shared the screen opposite Cybill Shepherd.

He became a household name in our part of the world for his action flicks including the Die Hard movies and Armageddon; and as well for his roles in iconic films like The Sixth Sense, The Fifth Element, Pulp Fiction, and Sin City.