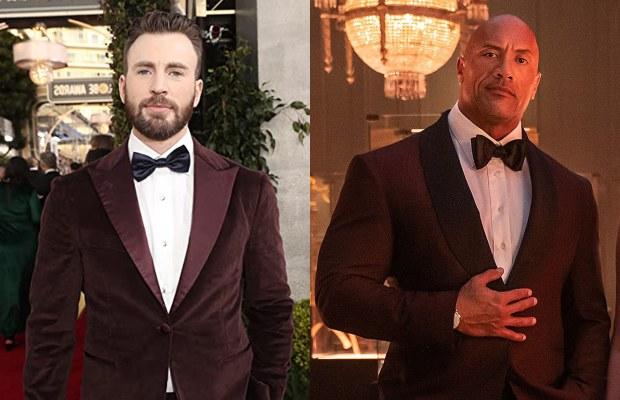 The film, which is currently titled Red One, is said to be “a globe-trotting, four-quadrant action-adventure comedy, imagining a whole new universe to explore within the holiday genre.”

The film is being directed by Jake Kasdan (Jumanji franchise) from a screenplay by Chris Morgan, who has previously worked with them on titles including Fast & Furious Presents Hobbs and Shaw, The Fate of the Furious, Furious 7, Fast & Furious 6, and Fast Five.

While most of the details are being kept under the carpet, the production team aims to start shooting this year.

Johnson had announced his involvement with the title, slated for a 2023 holiday release, back in June 2021.

Johnson and Evans both appeared in Shawn Levy’s 2021 comedy Free Guy for Disney, while Red One is going to be the first film to feature the Hollywood stars topline together.