The new movie is set to release on May 6 this year. 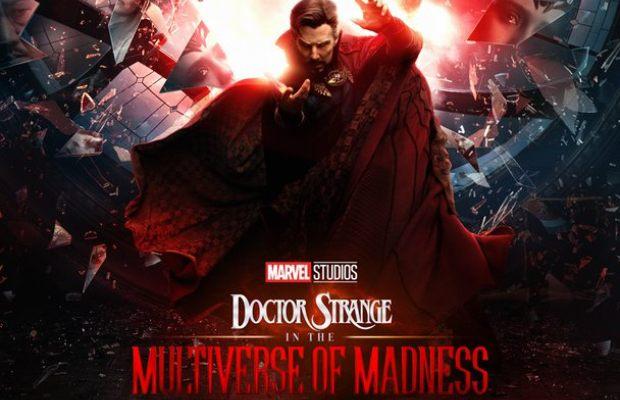 Doctor Strange in the Multiverse of Madness Trailer promises nothing but chaos for the universes!

The new trailer of the upcoming Marvel movie was unveiled last night at the Super Bowl match.

The new trailer of Marvel’s next big crossover event hints at even more chaotic things than the last, and ever since it was unveiled the internet is going crazy to see the film in theaters coming out on May 6th.

Doctor Strange’s actions following Avengers: Endgame have opened the gate for universes to overlap. And with the newly released trailer, here comes a closer look at the catastrophe that unfolds after the multiverses overlap.

2 min 16-sec duration trailer opens showing Dr. Strange (Benedict Cumberbatch) waking up to a dream. He is later shown being blamed by Wong (Benedict Wong) for opening the doors to the multiverse, as the sorcerous is taken into custody by the Illuminati, the greatest minds in the Marvel universe.

Patrick Stewart’s Charles Xavier is re-introduced to the fans without showing his face, shown he has got has a pivotal part in Strange’s journey to tackle the multiverse.

We also get to see Strange’s twin from another universe, Strange Supreme, which promises nothing but chaos for the universes.

As soon as the trailer was out, the reactions from the Marvel fans have flooded the Twitter timeline:

THE ILLUMINATI IN DR STRANGE MULTIVERSE OF MADNESS. THIS HAS TO BE PROFESSOR X #Marvel #Drstrange #MultiverseOfMadness pic.twitter.com/HV2Gio5aYf

It seems like fans were more than excited to see #Wong in action in the new trailer:

If anything happens to my boy, #Wong. I swear Marvel… #MultiverseOfMadness pic.twitter.com/3K4M2YjWOx

Where is the “What if…?” Of Wong becoming Sorcerer Supreme and everyone living in a perfect utopia because he is always right and makes great decisions.#Wong #WhatIf #ShangChi pic.twitter.com/r8Wyx390oS