Is there anything Dwayne Johnson can't do? 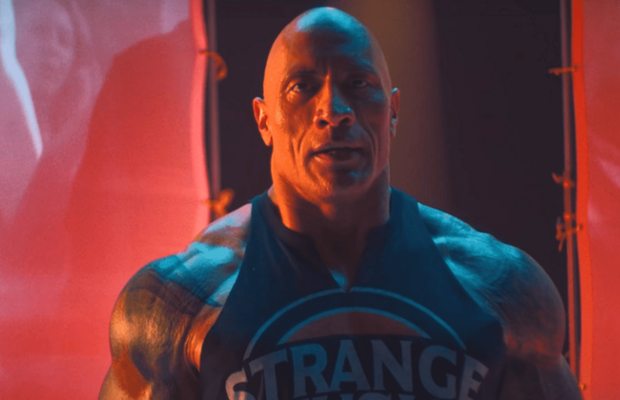 From wrestling ring to action star, Dwayne Johnson aka Rock has done it all. But this time he makes his Historic Rap Debut!

The Jumanji star, 49, by appearing on friend Tech N9ne’s new single “FACE OFF,” which also features Joey Cool and King Iso, has added Rapper to his portfolio now.

Johnson took to social media to made the announcement,

“Made my historic rap debut (thankfully I didn’t suck 😅) Huge shout out to all the hip hop & music fans for your HYPE reactions that are straight f—— fire 🔥🔥🔥 🙏🏽👊🏽 Love to my #StrangeMusic USO’s @TechN9ne 🐐 @therealJoeyCool @TheRealKingIso #FACEOFF,” he tweeted.

Made my historic rap debut (thankfully I didn’t suck😅) Huge shout to all the hip hop & music fans for your HYPE reactions that are straight f*cking fire 🔥🔥🔥🙏🏾👊🏾
Love to my #StrangeMusic USO’s@TechN9ne🐐@therealJoeyCool@TheRealKingIso#FACEOFF
WATCH: https://t.co/1ByD2BCWJo pic.twitter.com/nv9b7OXsAP

The Black Adam actor in a recent interview revealed how he came up with the collaboration.

“A lot of my friends who are hip hop artists — like big names — I’ve been asked a few times. But it just has to feel right,” Johnson said.

Initially, Tech N9ne, 49, asked Johnson to recite spoken words for his part in “Face Off.”

“I said, ‘I just want you to talk some real motivational stuff at the end,'” the musician recalled. But the Rock had something else in mind.

Johnson, who wrote his own lyrics for the song, raps, “It’s about drive. It’s about power. We stay hungry. We devour.”

“When Tech texted me, I knew I would make this work,” he explained.

“We’re aligned, just in terms of our work ethic and desire. When Tech and I first met years ago on the set of Ballers, we were talking about this idea about being the hardest worker in the room. He said something that I really appreciated, basically, ‘There could never be enough food in this room or on this set that could make me full because I always want to be hungry.’ I just love that.”

“I love music. Anytime in my movies when I can implement some musical elements, I always love doing that,” said Johnson.

“If the song is right and if the collaboration feels real and authentic, I would love that. I would love to do a repeat with Tech N9ne and Strange Music,” he said.

“If I had the opportunity to collaborate with another artist out there — hip hop artists, blues artists, outlaw country artists — then let’s talk and let’s figure it out. If I could rap about the right words that feel real and authentic to me, then I’ll be happy to … jump back into the studio,” The Rock added.

Johnson will be seen along with stars Ryan Reynolds and Gal Gadot in Netflix’s Red Notice, which hits the streaming platform on November 12.