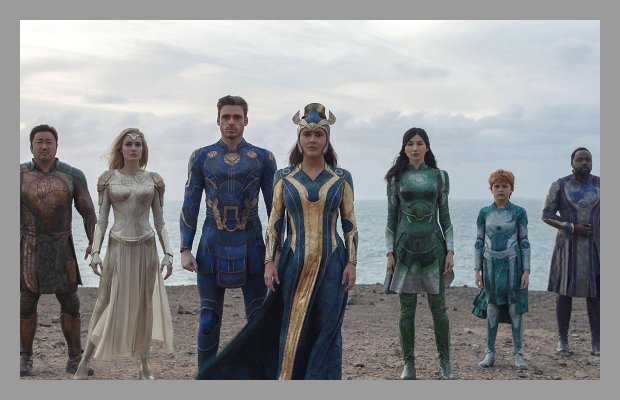 Marvel’s latest multi starrer film Eternals, is reported to be banned from release in Saudi Arabia and other Arab countries including Bahrain, Oman, Kuwait, and Qatar due to its depiction of a gay superhero.

The film features the first openly gay characters in the Marvel Cinematic Universe which is planned for Nov. 11 rollout across the Gulf region.

The Hollywood Reporter quoted sources claiming that the film was likely pulled due to the inclusion of the Marvel Cinematic Universe’s (MCU) first same-sex couple and its first openly gay superhero—Brian Tyree Henry’s character Phaston kisses his husband Ben (played by Haaz Sleiman) in the film.

Reportedly the film has been met with a series of edit requests by the local censors, which Disney was not willing to make.

As per reports, the director of Eternals Chloé Zhao had previously spoken with Marvel about “not changing the cut of the movie” to appease the country’s around the world.

The news emerged on Thursday, with ‘Eternals’ having been quietly taken down from websites in each of those countries.

Meanwhile, in Kuwait and Qatar, the Chloe Zhao-directed super-gods movie has been blocked.

However, the film is still listed as among the titles coming soon in the United Arab.

It was last year, when the Pixar title ‘Onward’ was banned across Kuwait, Oman, Qatar, and Saudi Arabia over a single line referencing a lesbian relationship.

tweet
Share on FacebookShare on TwitterShare on PinterestShare on Reddit
Saman SiddiquiNovember 4, 2021
the authorSaman Siddiqui
Saman Siddiqui, A freelance journalist with a Master’s Degree in Mass Communication and MS in Peace and Conflict Studies. Associated with the media industry since 2006. Experience in various capacities including Program Host, Researcher, News Producer, Documentary Making, Voice Over, Content Writing Copy Editing, and Blogging, and currently associated with OyeYeah since 2018, working as an Editor.
All posts bySaman Siddiqui