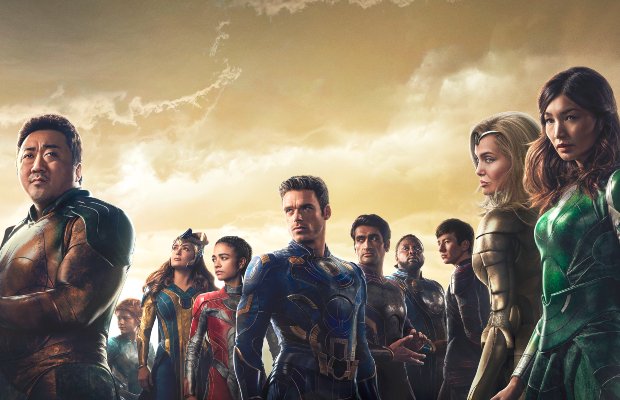 Eternals,  the Chloe Zhao directorial film is yet to release for the audience on November 5.

However, the critic reviews label the film unimpressive! The early world premiere of the Marvel film which took place in Los Angeles, Rome, and London had several critics in attendance.

According to Rotten Tomatoes, the movie has received just 61% of the rating right now, which makes Chloé Zhao’s directorial the lowest-rated Marvel Studios film on the platform, falling just below its 2013 movie Thor: The Dark World which has 66% rating.

Dana Stevens, one of the critics, commented on the website with her review which reads, “Zhao, a director whose previous three films have all centered on the everyday lives of working-class rural outsiders, seems ill-suited to a movie of this scale and frankly uninterested in the fight scenes.”

Another critic, Sean Chandler commented, “While I can respect that the MCU took a risk by telling an ambitious and different kind of story, the story and storytelling simply didn’t match the film’s ambitions.”

While social media has mixed relations to the early reviews:

The only #Eternals review that matters is your own.

I think #Eternals reviews being “mixed” actually makes it more intriguing of a movie to see (from what I’ve heard it’s a love it or hate it type of film, quite divisive)

That being said, over 70% on RT is not mixed lmfaooo

Interesting that Rotten Tomatoes aggregated more reviews for Venom: Let There Be Carnage on the day of the review embargo lifting than they have for #Eternals after 4 days of the embargo lifting. Is it possible the reviews are getting throttled to maintain a positive appearance? pic.twitter.com/fG06oPPtsh