Its a big no from our side! 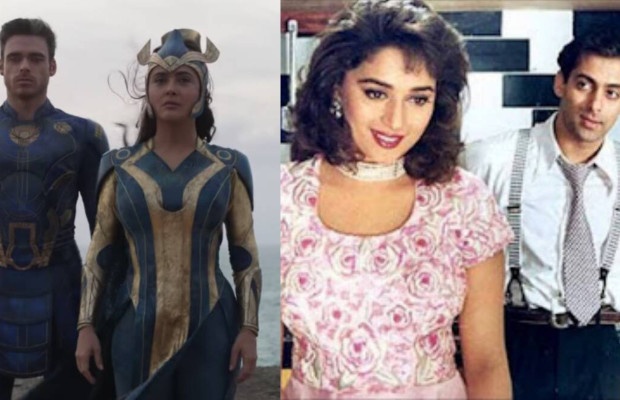 The first one to claim was Bollywood Screenwriter Varun Grover. He thinks that the background score of Marvel Studios’ Eternals has been riffed from Salman Khan and Madhuri starrer.

The tune that he referred to plays in the song “Pehla Pehla Pyar Hai” in the film Hum Aapke Hain Koun. Salman Khan strums it on his guitar before dancing on the song with Madhuri Dixit.

“The hook riff from ‘Pehla pehla pyaar hai’ reworked as the theme music for Marvel’s ETERNALS?” he tweeted.


The hook riff from 'Pehla pehla pyaar hai' reworked as the theme music for Marvel's ETERNALS?https://t.co/4O1oooEef4

There were a few to endorse his claim.

YES! I thought the same.

Well, the claim was made after the first detailed trailer of Marvel Studio’s much anticipated was released.

But does it? It’s a big no from our side!

The movie is slated to release on November 5.