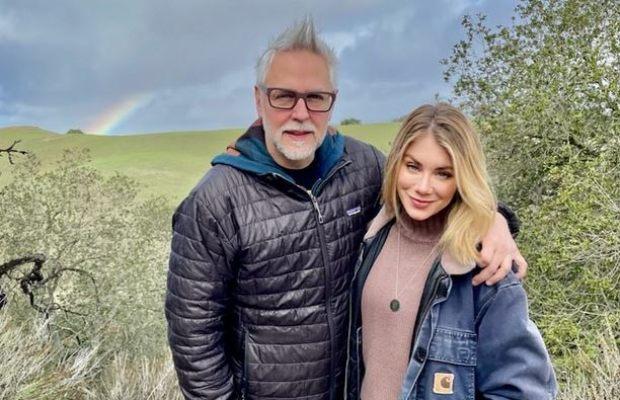 Guardians of the Galaxy director James Gunn has made it official that he is engaged to The Suicide Squad actress Jennifer Holland.

Gunn shared a picture of his longtime partner sipping from a mug while showing off a stunning diamond ring on her left ring finger.

Holland also confirmed their engagement in an Instagram post by sharing a photo of herself and Gunn with a rainbow behind the couple and captioned the snap as “Happiness”.

As being reported,  Gunn was previously married to The Office star Jenna Fischer.

However, they split in 2007 after six years of marriage.