Tom Cruise was spotted flying a helicopter to set. 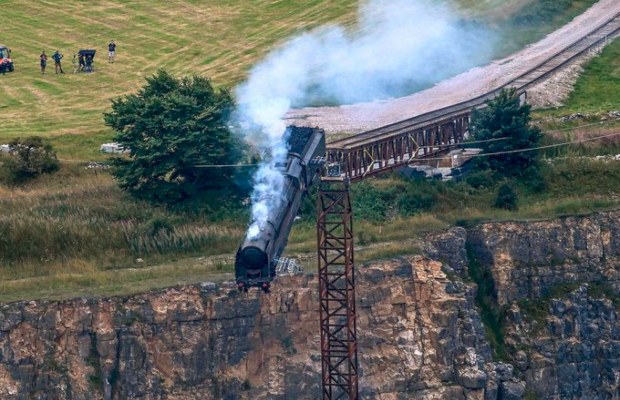 As being reported, an impressive feat was shot at Stoney Middleton, Derbyshire on Friday.

It was a scene involving a train crashing off of a cliff and plunging into a quarry has been filmed for a forthcoming film.

As being reported, the locomotive was driven through the village on a lorry earlier in the week before it was situated on a short section of a specially built track for the film shoot.

It is the latest stunt to be filmed for Mission: Impossible 7.  While the Hollywood star is well known for wanting to do the stunts himself and making them as real as possible. Tom was spotted flying a helicopter to set.

The scene was captured by the Local photographers and onlookers, who later shared it on social media.

Tom Cruise & Director Chris McQuarrie really sent a train off a cliff in this new behind the scenes set video for ‘Mission: Impossible 7’ 🤯pic.twitter.com/S6xDj2JDGG

Behind the scenes footage from the set of ‘Mission Impossible 7’ shows a train going full send off a cliff. pic.twitter.com/JQU88KsGJ1

Took a picture of this weird structure in the Peaks a couple of weeks ago. Found out today they built it to chuck a train off in the new Mission Impossible. pic.twitter.com/kYjX43BYhp

Local photographer Villager Jim shared a post on social media, with a caption: “Waited 5 months for this shot… of the train in the new Mission Impossible movie going off the cliff!! Tom was there too, Amazing day!!!” 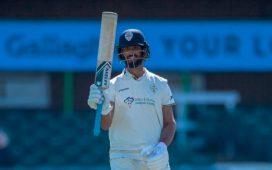