Priyanka Chopra hits back at Rosie O’Donnell: ‘Google my name’ before apologizing

Priyanka Chopra is not impressed with Rosie O'Donnell's recent apology. 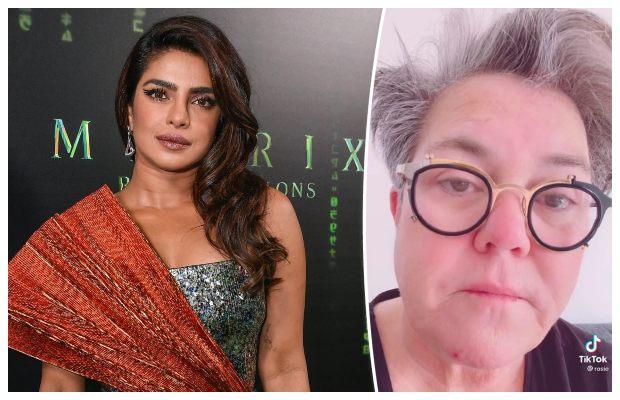 It all started when O’Donnell, 59, shared how she had assumed Deepak, 75, was Priyanka’s dad during a recent run-in with the former Bollywood star and her husband, Nick Jonas, at Nobu Malibu.

Rosie O’Donnell was berated by internet users following her remarks and issued an apology but it seems like it wants acceptable for Bollywood actress turned Hollywood star, Priyanka Chopra.

The “Quantico” alum responded to O’Donnell’s apology in a post shared on her Instagram Story on Wednesday.

“I have never taken myself so seriously to think everyone would know who I am, or my work for that matter. But if you wanted to make a public apology for a very awkward private encounter, I think probably best to take the time to google my name before doing it or even try to reach out directly.”

“We ALL deserve to be respected for our unique individuality and not be referred to as ‘someone’ or ‘wife’, especially in a sincere apology,” she continued. Priyanka Chopra’s fans had been quite vocal following Rosie O’Donnell’s comments for the actress.

Most Americans don’t know this but a whole wide world exists outside of America. And in that world Priyanka Chopra is a hell of a lot more famous than a Jonas brother lol. https://t.co/Fa18SH3fZd

Dang! That's it, teach them some manners ❤😌🔥#PriyankaChopra #NickJonas pic.twitter.com/QCbIc9LAGg

We got a lot of work to do, folks. That someone of ⁦@priyankachopra⁩ ‘s international stature 4 nearly 2 decades now would be this unknown 2 someone here speaks volumes re how little Americans STILL regard Indian artists. WE WILL CHANGE IT!!! https://t.co/9OkukBIaKt