"I will root for West Side Story from my couch and be proud of the work we so tirelessly did 3 years ago," Zegler said. 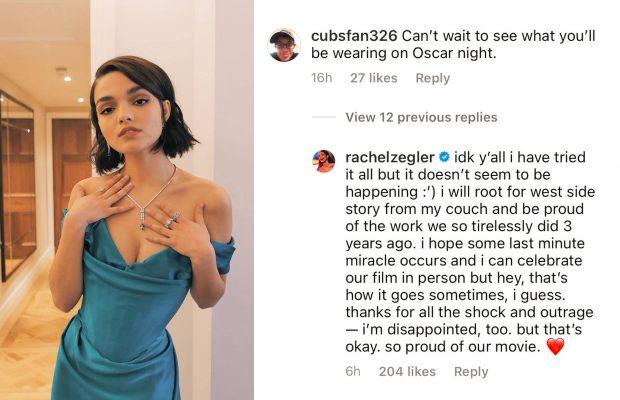 Rachel Zegler reveals she was not invited to the Oscars despite starring in Best Picture-nominee ‘West Side Story.’

The film has 7 nominations!

Zegler, who won a Golden Globe for her role as Maria in the film in January, made the revelation replying to a fan’s comments on Instagram.

Her reply has now gone viral on social media. 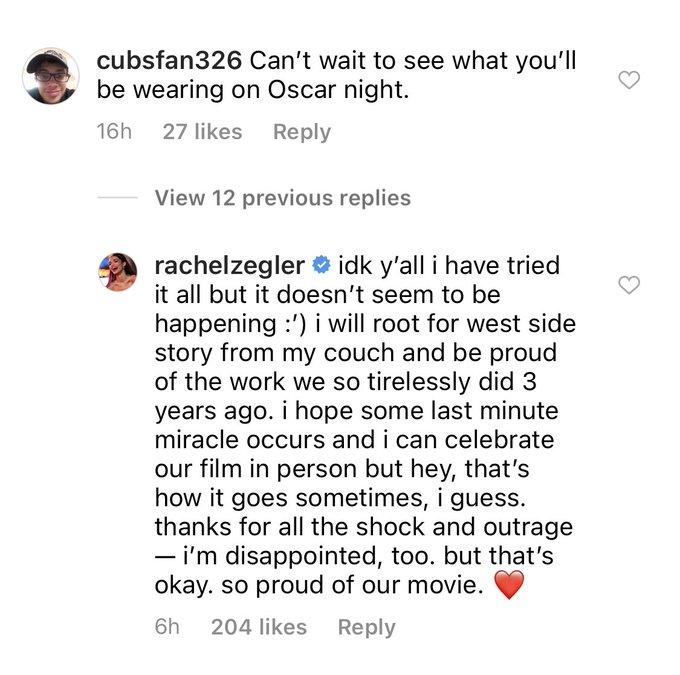 The star posted a series of photos on her personal Instagram account along with the caption “a quarter of the year well spent.”

In the comments section, an Insta user wrote: “Can’t wait to see what you’ll be wearing on Oscar night,” to which Zegler replied directly writing: “I’m not invited so sweatpants and my boyfriend’s flannel.”

“Idk y’all, I have tried it all, but it doesn’t seem to be happening,” Rachel wrote in response to another comment.

“I will root for ‘West Side Story‘ from my couch and be proud of the work we so tirelessly did three years ago. I hope some last-minute miracle occurs and I can celebrate our film in person, but hey, that’s how it goes sometimes, I guess.”

She added a response to the numerous comments that expressed surprise, “Thanks for all the shock and outrage – I’m disappointed too. But that’s okay. So proud of our movie.”

Meanwhile, in a follow-up tweet on Sunday, Zegler said she appreciated all the support, noting the “unprecedented times” we live in and calling on fans to “just respect the process.”

…and awards shows alike. let’s all just respect the process and i’ll get off my phone x R.

As she did not receive a nomination at this year’s Oscars, a snub has drawn the ire of her fans as well!