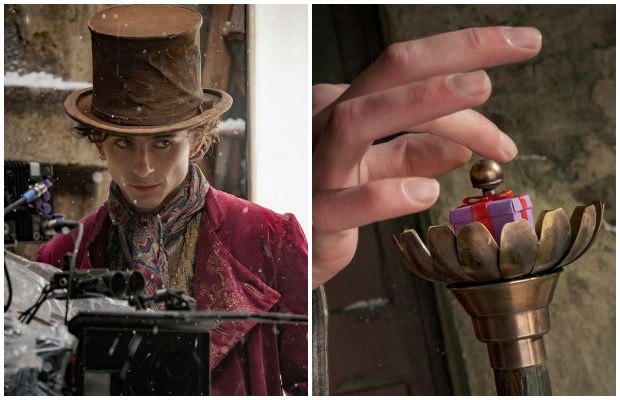 Timothée Chalamet shares a first look at him in ‘Wonka!

It was earlier revealed that Chalamet has been roped in to star as young Willy Wonka in Warner Bros.’ reimagining of Roald Dahl’s classic children’s book Charlie and the Chocolate Factory.

The 25-year-old actor took to Instagram on Sunday afternoon, surprising his fans as he shared the first photo of him in costume as Willy Wonka.

‘The suspense is terrible, I hope it will last …’ Chalamet captioned his post, along with a factory emoji, a chocolate bar emoji, and the #Wonka hashtag. 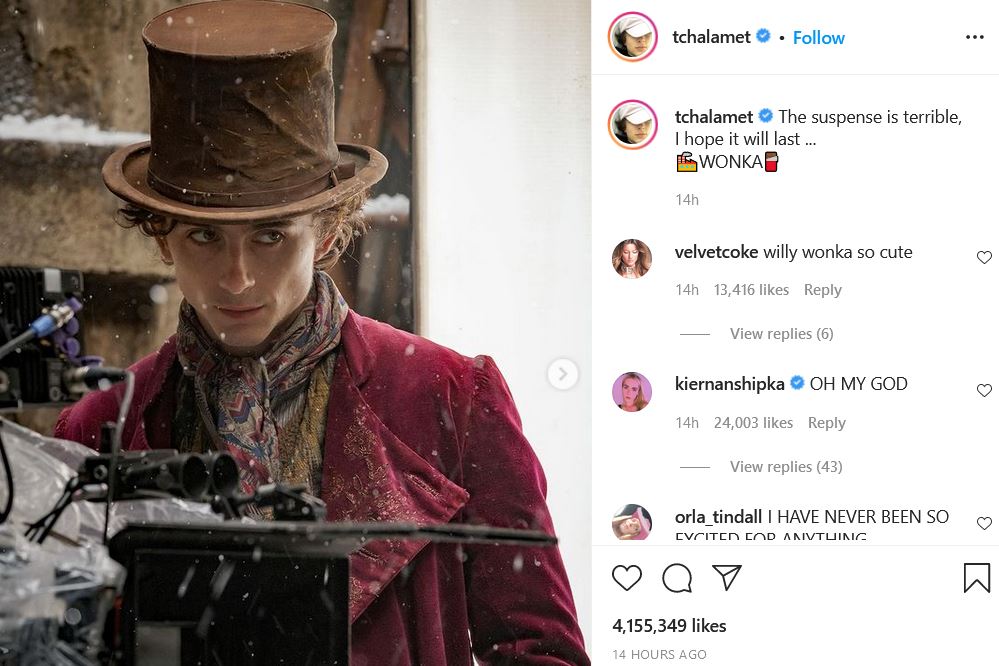 He also shared a click of his famous cane, while sharing one of the more iconic lines from the original film, 1971’s Willy Wonka and the Chocolate Factory. 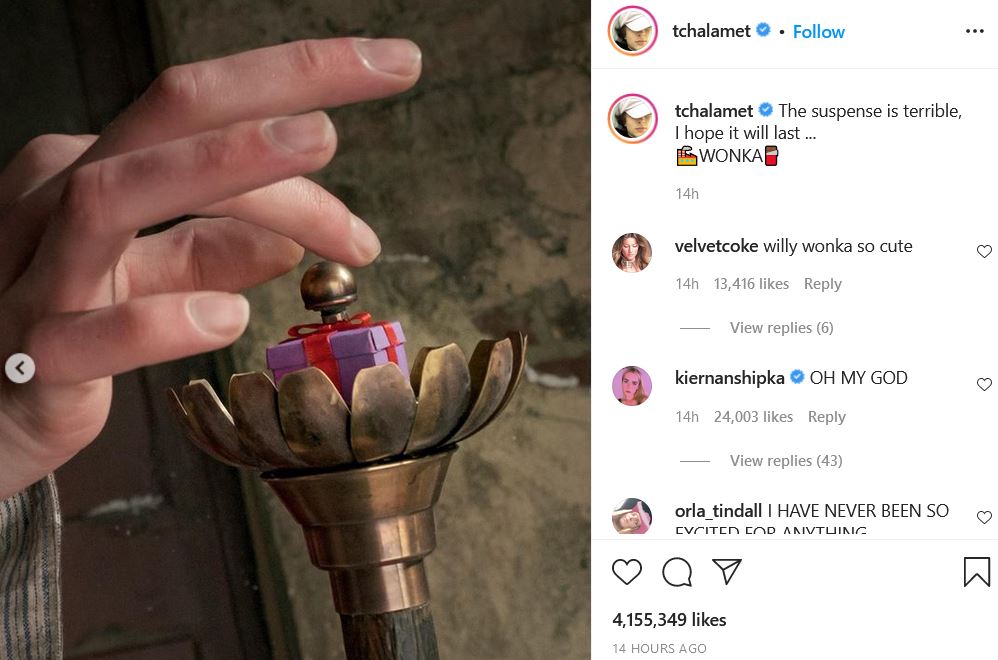 Warner Bros. has also shared the images from the sets on their social media channels, as film’s principal photography recently began in London.

As per Warner Bros.,  the film is set to take place before the events of the book — as a “vivid, mythical beginnings of the imaginative young inventor before he becomes the renowned scrumdiddlyumptious Mozart of chocolate.”