Tributes pour in for Ed Asner: Lou Grant and Up actor dies aged 91

He also played Santa Claus in the 2003 Will Ferrell comedy Elf. 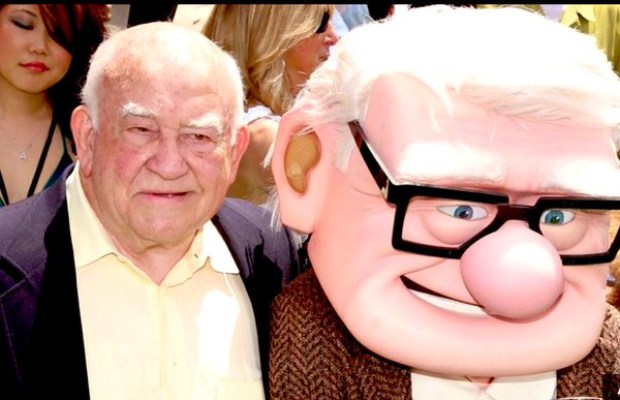 Tributes pour in for Asner on social media, as the best-known for playing fictional TV newsman Lou Grant, dies aged 91.

The actor, whose roles also included voicing the lead in the Pixar film Up, passed away “peacefully” on Sunday morning, his family said in a statement.

“Words cannot express the sadness we feel. With a kiss on your head – goodnight dad. We love you.”

Born in Kansas City, Missouri in 1929, he began acting at school.

Ed Asner became known to a new generation of audiences by playing elderly widower Carl Fredricksen in the animated hit Up in 2009.

In 1955 he made his Broadway debut with Jack Lemmon in Face of A Hero, then performed with the American and New York Shakespeare festivals and appeared in numerous off-Broadway shows.

Asner moved to Hollywood in 1961 and began his acclaimed career in television and film.

He was inducted into the Academy of Television Arts & Sciences Hall of Fame in 1996.

The character of Lou Grant, the irascible editor of the fictional Los Angeles Tribune, that later became a character in a show in his own right from 1977 to 1982.

Lou Grant’s character helped him earn seven Emmy awards across his career, a record for a male performer.

He also played Santa Claus in the 2003 Will Ferrell comedy Elf.

Making my 1st film, Roger & Me, I was broke so I wrote to some famous people to ask for help. Only one responded: Ed Asner. “I don’t know you, kid, but here’s 500 bucks” said the note attached to the check. “Sounds like it’ll be a great film. I was an autoworker once.” R.I.P. Ed pic.twitter.com/AuGCNlyNnC

Ed Asner, you were one of a kind.

From having grown up loving him in everything from the Mary Tyler Moore Show to Lou Grant to Up, and finally getting to work with him in 2017, this man was a legend that certainly didn’t disappoint up close.

Ed, we will miss you terribly. pic.twitter.com/N5Cl4COzxq

Ed Asner will always be remembered 💔🙏for playing in so many roles, @HamillHimself I will always remember watching The Mary Tyler Moore show with my family. #RIPEdAsner 💔🙏💐 pic.twitter.com/HyiLaSaQN4

Ed Asner was a great friend of The Muppets. Few have ever been as funny, talented, and kind as he was. We will miss him dearly.