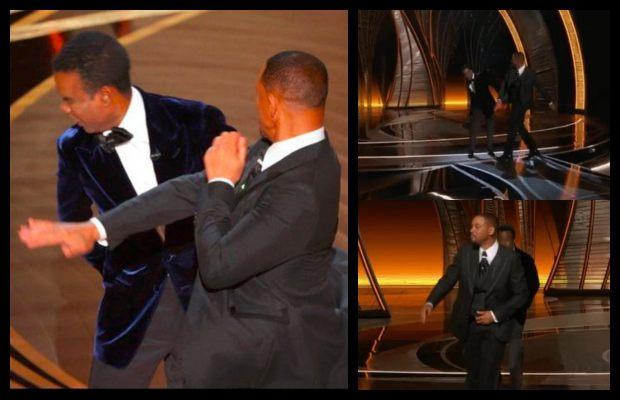 Will Smith making a scene at the Oscars 2022 show leaves the entertainment world in shock.

The night could have been memorable for Will Smith for winning his first Oscars.

However, it will be his punch that will echo in the history of the Academy Awards!

At first, it looked like a comedy skit however it turned out that Will Smith had actually slapped Chris Rock on the Oscars Stage after Jada Pinkett Smith’s joke.

It all started while Chris Rock was presenting the best documentary during the 2022 ceremony. Rock made a crack about Pinkett Smith getting ready to film a sequel to G.I. Jane, an apparent reference to the actress having a shaved head.

While Smith laughed, though he looked a bit uncomfortable and Pinkett Smith was caught on camera rolling her eyes as she glared at Rock.

Hearing disapproval from the crowd, Rock implored, “That was a nice one!”

And what happened next was aired live internationally, the world watched Will Smith who stood up and stormed onstage and smacked a stunned Rock in the face.

Reportedly, that particular scene from the Oscars ceremony was censored in the United States but aired elsewhere with the actual conversation audio.

Smith went back to his seat,  as Rock said, “Wow, wow … Will Smith just smacked the shit out of me.”

“Keep my wife’s name out of your fucking mouth!” Smith shouted, again seated in the audience.

“Wow dude, it was a G.I. Jane joke,” Rock added, which prompted Smith to repeat his words.

Looking visibly shaken, Rock paused for a moment and then said: “That was a — Greatest night in the history of television” and then continued along with his presenter moment.

The clips of last night’s incident are now doing rounds on social media drawing all sorts of reactions:

The uncensored exchange between Will Smith and Chris Rock#WillSmith #ChrisRock pic.twitter.com/j4BpMIk2ux

My wife is not a joke.
This is what happens when you talk about people's wife's LIVE On TV.
Will Smith indeed deserve this Oscar Award.#AcademyAwards pic.twitter.com/rD55VIKhlt

I’ve never been a fan of Will Smith. Making a scene at the Oscars and then giving that rambling, sorry ass speech was embarrassing. #TeamChrisRock #Oscars #Oscars2022 #AcademyAwards pic.twitter.com/a09J4bTkdN

Oscars this year was out of the world.#Oscars #AcademyAwards #Oscar2022 pic.twitter.com/kNFJIFmxgm

What a sad commentary when you slap the crap out of someone on live TV, win an Oscar, get a standing ovation and then accept that Oscar preaching about “love”. There was so much wrong about this moment. #Oscars2022 #AcademyAwards pic.twitter.com/o2zc9BQF5r

So #willsmith is allowed to go onstage during a live #Oscars broadcast and physically assault #ChrisRock
and then STILL be able to go on afterwards to accept an award and people in the audience are clapping for him?

"Will Smith acted in the heat of the moment,"

Yeah? So did my boyfriend every crime he smacked me. That's what he told me, anyway.

It's not an excuse. Don't condone this in one breath and condemn violence against women in another. #toxicmasculinity #WillSmith

Check out the look on everyone’s face at the Oscar’s when Will Smith assaulted Chris Rock live on the national television: 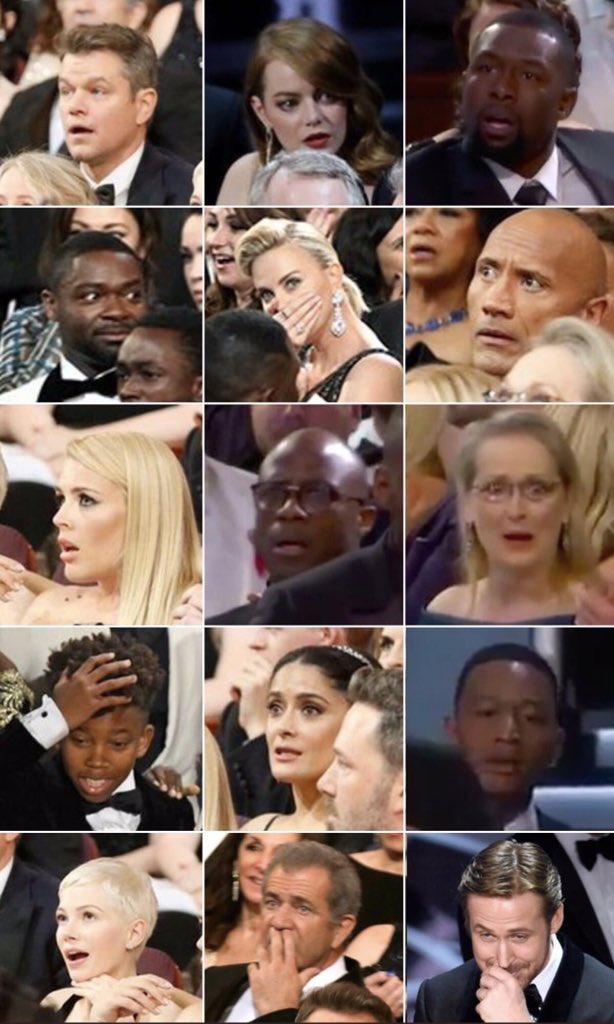 In a statement posted to Twitter after the awards ceremony, the Academy said it “does not condone violence of any form” and stressed that the night is to celebrate the winners who “deserve this moment of recognition from their peers and movie lovers around the world.”

The Academy does not condone violence of any form.

Tonight we are delighted to celebrate our 94th Academy Awards winners, who deserve this moment of recognition from their peers and movie lovers around the world.

tweet
Share on FacebookShare on TwitterShare on PinterestShare on Reddit
Saman SiddiquiMarch 28, 2022
the authorSaman Siddiqui
Saman Siddiqui, A freelance journalist with a Master’s Degree in Mass Communication and MS in Peace and Conflict Studies. Associated with the media industry since 2006. Experience in various capacities including Program Host, Researcher, News Producer, Documentary Making, Voice Over, Content Writing Copy Editing, and Blogging, and currently associated with OyeYeah since 2018, working as an Editor.
All posts bySaman Siddiqui