Many social media users also commented on the designer's post 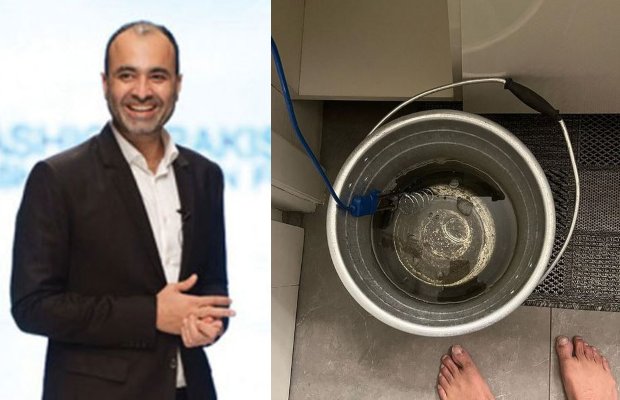 It seems like the ace Pakistani fashion designer Deepak Perwani is a bit tired of the power, gas, and water crisis in the country.

Deepak Parwani posted a picture of a bucket of water on his Instagram account with a rod used for heating water.

In his post, Deepak Parwani wrote that the bucket has returned.

He further wrote on the lack of basic necessities in the country that neither electricity, nor gas, nor water and is still the heart of Pakistan.

Many social media users also commented on the designer’s post, saying they too had the same problem, with some calling electric rods in metal buckets dangerous.

One user also suggested using a plastic bucket instead of this one, while addressing Deepak Parwani, he also said that one should not stand like this without slippers.

It should be noted that since the onset of winter, there has been a gas crisis in almost every city of Pakistan and domestic consumers have been suffering severely.