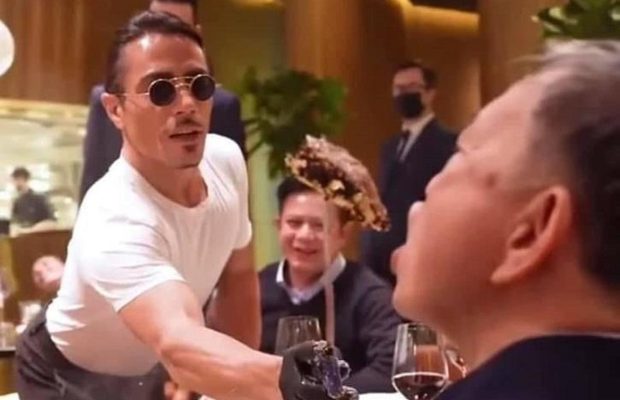 It wasn’t made clear why the hashtag had been blocked.

While being blocked, a search for the hashtag #saltbae generated a message saying community standards had been violated.

“We’ve unblocked this hashtag on Facebook and we’re investigating why this happened,” a spokesperson for Facebook operator Meta told Reuters.

The spokesperson confirmed the tag had been blocked for all Facebook users around the world, not just in Vietnam.

The Vietnamese minister’s monthly wage is between $600 to $800 per month, before any allowances and he was instantly criticized for eating at an expensive eatery and It is unclear what the cost of the final bill came to or who paid it.

Reportedly the delegates were in London after attending the United Nations COP26 climate summit in Glasgow, Scotland.

The original video has been removed from Gokce’s TikTok account shortly after it was uploaded, and further copies have been removed from the app for violating “community standards”, Vietnamese TikTok users told Reuters.

While in one Facebook post, user Nguyen Lan Thang, with nearly 150,000 followers, changed his profile picture to a screenshot of the video and pointed out that local media had been staying quiet over the incident.

“Security officers following this account, have you seen the video of minister To Lam eating salt-sprayed beef? Do you know how many months salary you’d have to spend for just one piece of that steak?” Thang wrote in one post.