Sabir Sami, another IBA graduate, now the Global CEO of KFC was once the CEO of Reckitt Pakistan. 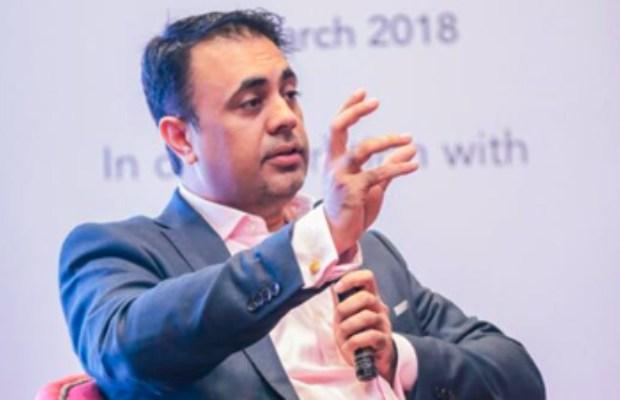 We often hear about Indian CEOs taking over global & regional leadership roles across many multinational companies as well as global tech giants. One often wonders, what is stopping the Pakistani corporate executives from getting there. We decided to understand this & decode this mystery by reaching out to Pakistani corporate executives who have made some waves in & outside Pakistan.

On a quick search, we found the profile of Akbar Ali Shah, who is one such promising corporate executive who has spent most of his time working in various countries across Africa, the Middle East & Pakistan region with Reckitt, the global multinational giant that is known for brands like Dettol, Mortein, Durex, Harpic, Disprin, Lysol, Veet, etc. It’s a huge company, with a USD 60b market capitalization. The company has a global HQ in the UK but has a presence across the world.

Akbar Ali Shah is an IBA graduate from the batch of 2002. He started his career with Unilever Pakistan, where he spent the first 3 years of his career which provided him with a very strong foundation. In early 2005, he made his only career switch & joined Reckitt Pakistan. He learned quickly how the organizational culture drives outperformance. Reckitt provided him with the perfect mix of performance-driven culture that he was looking for. As an outperformer, Reckitt Pakistan exported Akbar to Reckitt Middle East in 2007. In the Middle East, he realized it’s no more IBA vs LUMS but you have to compete with the best from Ivy Leagues to IIMs, it was open for all.

In the next 15 years, he grew up to take over many leadership roles in the Middle East & later in Pakistan & in Africa.  He got his first country-level responsibility when he turned 30. He served as Commercial Director for Iran, later he worked as Country Manager KSA before moving back to Reckitt Pakistan as Chief Executive Officer. He has been a transformational leader & known for business turnarounds. He believes in purpose-driven business ideas. He is also known to be a mentor & a coach where he likes to invest time with top talent from their recruitments to their careers in the organization. He believes it’s a game-changing strategy.

In early 2021, Akbar was hand-picked for a turnaround in Africa to manage a cluster of countries. He moved as the CEO of Reckitt Nigeria where besides Nigeria, the largest economy in the African Continent, he is also responsible for Reckitt Kenya, Tanzania, Uganda, Ghana & Ivory Coast. When asked about his decision to take the role, he said, he likes environments that require disruptions & turnarounds. He also mentioned, he likes to move out of his comfort zone. In his new role, he is managing a team of over 600 people, various nationalities & cultures. He mentioned during his time in Africa, he will be focusing on social issues related to Health & Hygiene as well as workplace inclusivity, sustainability & digital transformation.

In Dec 2021, Reckitt Nigeria one of his markets has already won the ” the Best Performing Market” award in Reckitt’s Global Awards for the year. One can surely say, his magic is working in Africa. Today, he sits on the Africa Middle East Leadership Management Team.

We asked him what is working for Indian talent. He decided this for us. He mentioned 3 things: First there is a very well-structured graduate trainee program that’s been running across all top organizations in India for over 3 decades. It took India 2 to 3 decades to produce a pipeline of talented world-class executives. It didn’t happen overnight. Two, the Indian economy has been outperforming for the last two decades. The scale of the economy growing at a very impressive GDP rate makes a huge difference globally & it has a ripple effect on the talents managing Indian businesses. Thirdly, people of developing countries are known for their agility. There is always a Plan B & C. When the world is going through so much disruption, corporations are looking for leaders who can write a new script in a very unpredictable environment.

Can executives like Akbar, who are doing very well in MNCs across the world, be our next big bet in the global corporate arena? Interestingly, Sabir Sami, another IBA graduate, now the Global CEO of KFC was once the CEO of Reckitt Pakistan. You can make the analogy.