The latest marketing gig by the eatery used Alia Bhatt's clip and dialogue "Aja na Raja - what are you waiting for?" 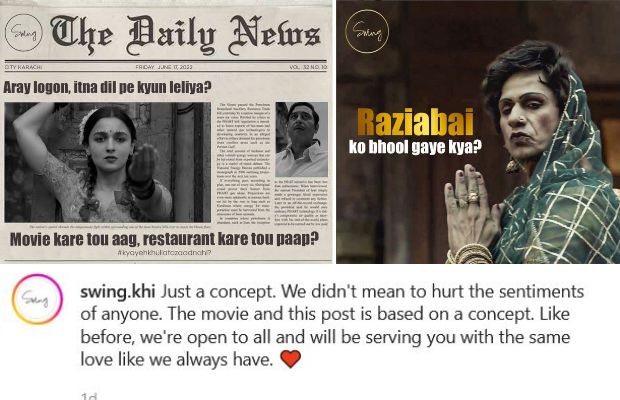 A Karachi-based eatery has shared an apology for using the ‘Gangubai’ scene for promotions!

The development comes after the Karachi-based eatery Swings was flanked by criticism from the customers and netizens for using a scene from a Bollywood film as part of its new marketing campaign.

However, the owners of the restaurant came out with a half-hearted apology which only fired up more criticism.

The latest marketing gig by the eatery used Alia Bhatt’s clip and dialogue “Aja na Raja – what are you waiting for?” have been used to attract customers for a men’s day special at the restaurant.

The promotion was shared on social media with a caption: “Swings is calling out all the Raja’s out there. Ajao and avail a 25 percent discount on Men’s Monday at Swing’s!”

Adding more to the fire, the owners of the restaurant came out with an apology that only fired up more criticism.
“Just a concept. We didn’t mean to hurt the sentiments of anyone. The movie and this post are based on a concept. Like before, we’re open to all and will be serving you with the same love like we always have,” the apology said. 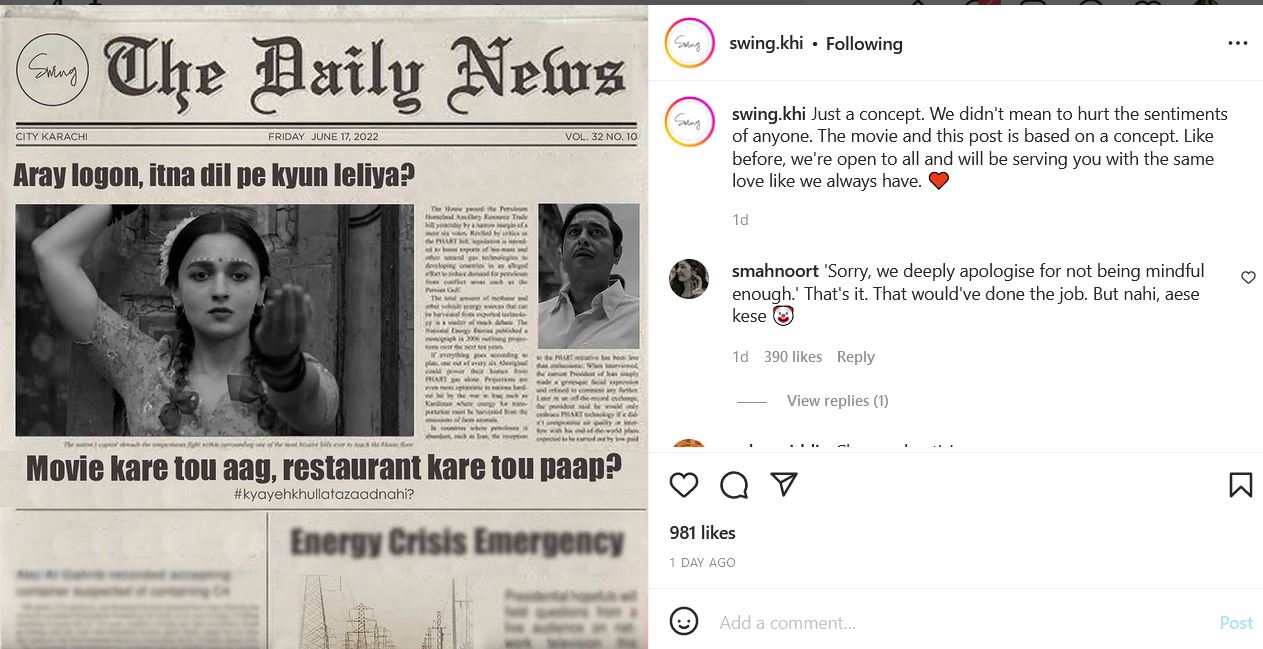 Well, the clarification drew more ire than the promotion itself did!

“If you guys think that this is some sort of marketing strategy and this will gain you some attention and customers then you’re sadly mistaken! Using a clip from a movie based on prostitution just shows how low and shallow you can get just for publicity,” a user wrote.

“Swings, a restaurant in Karachi, thought it appropriate to use this painful scene from @aliaa08 ’s Gangu Bai for a men’s day promotion. Their apology is as tone-deaf as the campaign glorifying sexual abuse and women who are forced into prostitution,” a person shared on Twitter.
The outrage is justified as the Bollywood film Gangubai Kathiawadi – and this particular scene used for the restaurant’s promotional campaign- depicts the woes of women who are forced into prostitution. 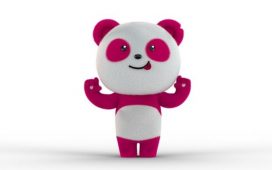 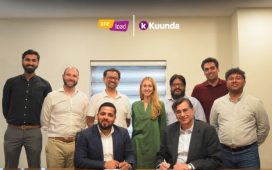 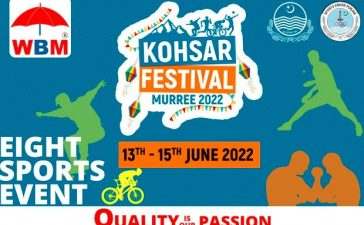 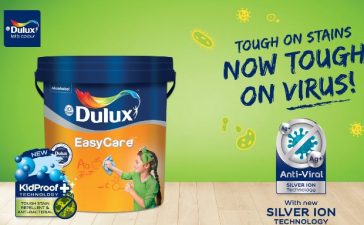