These stories turn out to be so funny and sad at the same time. 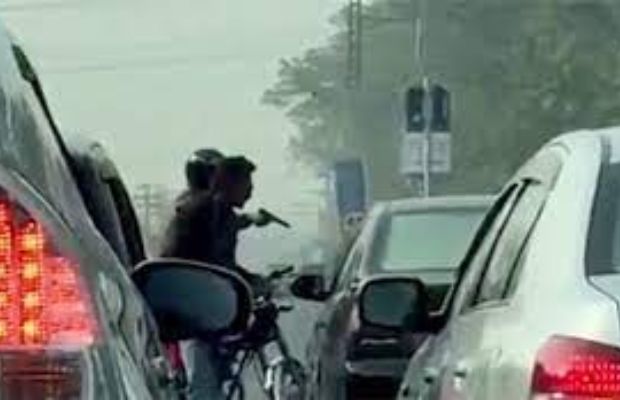 Well, mugging and snatching is something that almost all the Karachiites have experienced in one way or another.
But some uncharacteristic kindness showed by the robbers is definitely something unusual that will at least put a smile on your face if you read such stories.

And that’s what some people from Karachi are doing onTwitter, sharing some overwhelming experiences from an unfortunate day they experienced during robberies and mugging.

It all started with a viral Twitter thread after a person shared his mugging account. And there were uncountable stories piled up on the Twitter feed revealing personal experiences.

Would you believe, a robber dropping someone home after snatching his bike? or will give money for a ride back?

my favorite karachi story is still this guy who works for me had his motorbike stolen at gunpoint in korangi. the guys who stole it gave him a ride back home on his motorbike, before riding away with it. brilliant. we're just good people in this city.

Here check out few mugging stories that we selected for you and after reading these one would say “Karachi love hay Jani” for a reason!

In 2004 I was shot during mobile snatching and the next day my cousins randomly were getting calls from the snatchers, “wo kaisi hain ab, hum goli chalana nahi chahtay thay”.

I got mugged outside ATM, they took cash and phone. I asked them to let me clear my phone, they said Jo karna hai jaldi karo. Then one of the Chor says, ATM say 5k aur dedo and phone rakhlo, I said "Allah ka wada karo", gave them 7k more and got phone back 😅

my chachas office got robbed and he told them his begum was going to be really pissed if he didn't pay the doodhwala on his way home so they left him with 1100 rs,

The Dakoos who came to my house b4 my O level exams took half empty perfume bottle, broken tape recorder from my room full of books n papers, apologised to my father (aap ache log hain), n fought amongst themselves cz my nani turned 1 of them into her 'beta' in a strategic move

These stories are so funny and sad at the same time. One could say Karachi gangsters deserve their own hall of fame.

These stories can be used as a script for a full-fledged TV series as they are just amazing, something must for top-tier content.

2 yrs back some dakoos entered our house. As they were taking our stuff they also took my my brother's laptop. He told them it had all his life's work on it. They gave him back his laptop took the rest of the stuff. On their way out they ate the club sandwiches my mom had made.

My aunty was returning home from a wedding, got a flat tire. 2 guys on a bike stopped by, fixed a new one, then politely asked for her jewellery, mobile and purse. While leaving advised her to always check all 4 tires before leaving home cause halaat ya know.