There are 230 of the limited edition candles up for grabs. 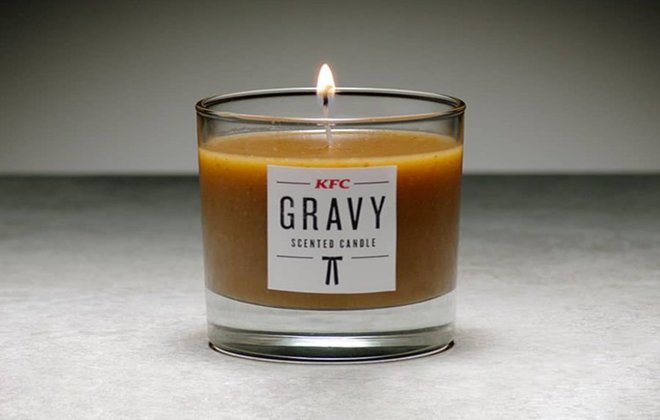 Yes, it’s a gravy candle. Those who are not into cooking but want to fill up their homes with gravy’s aroma could get it.

Fried chicken chain KFC which is known for its tasty gravy, in few parts of the world, this time has launched a limited edition gravy scented candles, that both smells and looks like gravy.

There are 230 of the limited edition candles up for grabs, available on a first come, first served basis.

These limited edition candles are being only offered in the UK at the moment. If you are into buying those candles, you could ask someone who lives in the UK to grab a one for you.

Then, back in 2017, KFC Japan released a fried chicken-scented bath bomb for people to bathe in the scent of its 11 herbs and spices.

This is now UK’s turn to fill up homes with gravy’s aroma.

tweet
Share on FacebookShare on TwitterShare on PinterestShare on Reddit
Saman SiddiquiJanuary 26, 2019
the authorSaman Siddiqui
Saman Siddiqui, A freelance journalist with a Master’s Degree in Mass Communication and MS in Peace and Conflict Studies. Associated with the media industry since 2006. Experience in various capacities including Program Host, Researcher, News Producer, Documentary Making, Voice Over, Content Writing Copy Editing, and Blogging, and currently associated with OyeYeah since 2018, working as an Editor.
All posts bySaman Siddiqui