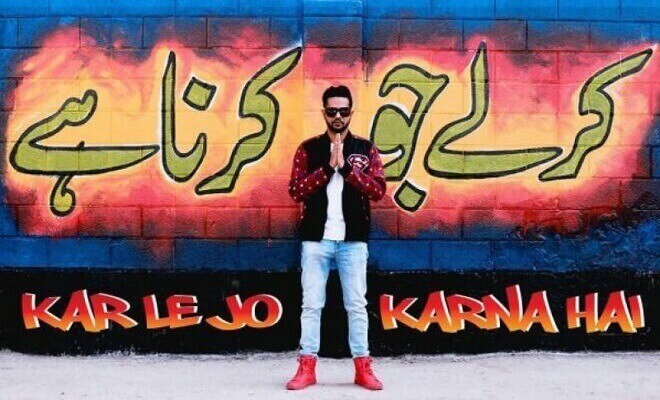 We cannot recall when any Pakistani singer took such an aggressive stand against a celebrity or better yet, a star, with such courage. Seems like it hasn’t been done before. And even for Ali Gul Pir, who has a reputation for voicing his concerns out loud, especially through his music, his latest diss track, is something which wasn’t really expected.

With his latest rap Karle Jo Karna Hai, Ali Gul Pir, calls out Ali Zafar for serving him with a defamation notice. Ali Gul Pir hints at the recent Federal Investigation Agency (FIA) summoning notice that was issued to him, alongside 15 other celebrities including model-actor Iffat Omar for allegedly making derogatory remarks about Ali Zafar in regards to the sexual harassment case filed by Meesha Shafi against the Teefa in Trouble actor.

And mind you, this boy from Dadu isn’t coming slow. Ali Gul Pir is unabashed, unashamed and very hard core in his rap track, calling out Ali Zafar, without any restraints and mocking him bang on.

Although titled Karle Jo Karna Hai, Pir calls his track Channo Ki Maut, jeering on Zafar for having made it in the industry making useful contacts and being a cry baby regarding a lot of matters.

Apart from Ali Gul Pir and his savage rap, Mehar Bano’s flawless hip hop in the video is another treat. The girl street dances like a dream and her confidence is entirely consuming.

Watch Karle Jo Karna Hai here and tell us what you think.