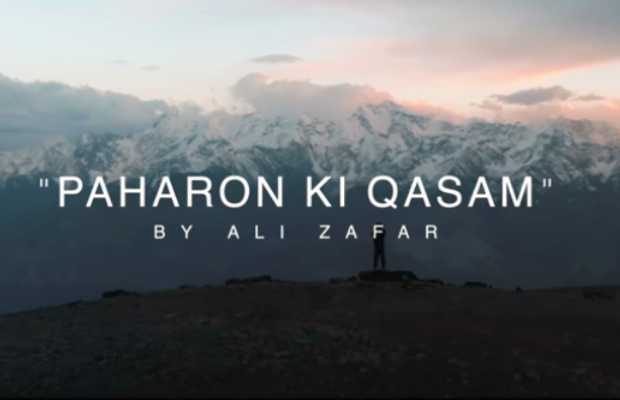 Ali Zafar pays tribute to Ali Sadpara, a celebrated Pakistani mountaineer who went missing on an expedition on K2.

Ali Zafar’s tribute song starts with the original voice-over of Ali Sadpara and features traditional instruments that were used in the original version as well.

While sharing the tribute on Facebook, Ali Zafar wrote, “No nation can thrive without recognizing and celebrating their heroes. Ali Sadpara was one such unsung hero who dedicated his entire life and risked it to accomplish unprecedented feats for his country. This is the least I could do: sing for an unsung hero so that he is etched into our memories for as long as there is music.”

The tribute has left the Pakistanis emotional who have been praying hard for the safe return of Ali Sadpara and two other mountaineers.

Muhammad Ali Sadpara, John Snorri from Iceland, and JP Mohr from Chile were reported missing on February 6 after their support team lost contact with them.

Social media is pouring in with heartfelt messages after the release of Ali Zafar’s song.

This is so heart melting. I wish next time we tribute our heroes during their lifetime.#TumChalyAoPaharonKiKasam#AliSadpara #AliZafar pic.twitter.com/NcufAdDWtx