New track is about is a mystery of love! 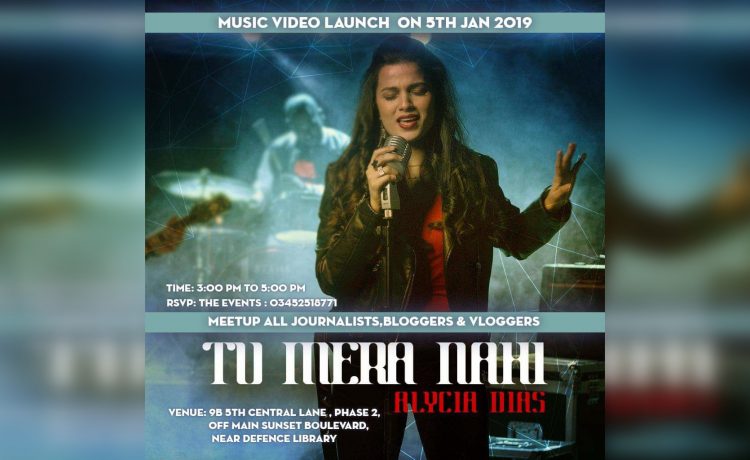 The new melodious track by Alycia Diaz is out now. The young singer has shown her abilities to express the feelings of love, refusal and betrayal very skillfully with the lyrics and vocals at the same time.

While speaking with OyeYeah, Alycia Diaz along with the lead actor in video Fahad Vahidi have shared their musical journey with respect to Tu Mera Nahi. The young talent has tried to give more than hundred percent utilizing the minimal resources and creating an extra ordinary end product.
The music composition for this newly released single has also been given by Alycia Diaz. Alycia shares that the lyrics were written by her keeping a past experience in view. The song is about a mystery of love and why people refuse to express themselves. It has yet another sadness and thrill to it

Here is what the young guns shared about the music track, at the video launch and also their future plans in detail with OyeYeah:

The video and the song portray two different stories, which is something that people can relate to  in their own way. People sometimes have their own experiences with the rejection, or the fear of not being able to tell that person how we feel about them or having a bad breakup.

That’s what the lyricist and the vocalist Alycia Diaz have revealed in the interview. Let’s have a look at her new single: