The anthem will be released next week through an event partner. 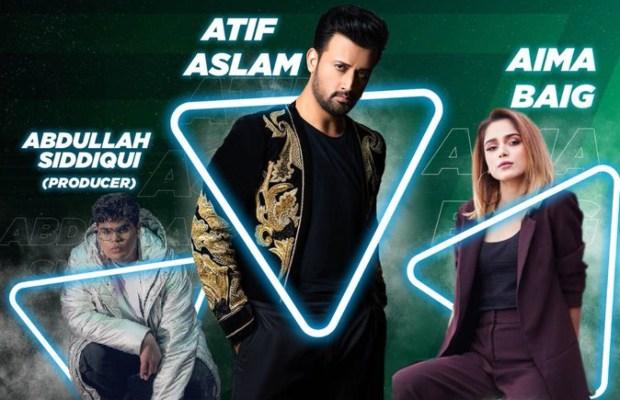 The anthem will be released next week through an event partner.

Its been days since speculations for the upcoming PSL 7 anthem were in circulation about the singer and producer.

However, an official confirmation has arrived on Thursday evening that Atif Aslam and Aima Baig will sing the HBL Pakistan Super League 2022 anthem, which has been produced and composed by Abdullah Siddiqui.

This will be the first time Atif Aslam will sing the PCB’s marquee event song.

“The theme of the song is inspirational and motivational with the lyrics and music aimed at uplifting the mood of the fans and the nation as the world is passing through tough and testing times due to the Covid-19 pandemic,” said the PSL press release.

“We have tried to produce a song that captures the spirit of the game in a meaningful way, while still being very fun and catchy,” says producer Abdullah Siddiqui.

“Getting to produce this anthem is a dream for any musician, and I’m very honored and thankful to the PCB for the opportunity this year.

“Both Atif Aslam and Aima Baig are undeniably the best and working with them has been a privilege. I’m very excited for fans to hear what we have come up with,” he added.

tweet
Share on FacebookShare on TwitterShare on PinterestShare on Reddit
Saman SiddiquiJanuary 13, 2022
the authorSaman Siddiqui
Saman Siddiqui, A freelance journalist with a Master’s Degree in Mass Communication and MS in Peace and Conflict Studies. Associated with the media industry since 2006. Experience in various capacities including Program Host, Researcher, News Producer, Documentary Making, Voice Over, Content Writing Copy Editing, and Blogging, and currently associated with OyeYeah since 2018, working as an Editor.
All posts bySaman Siddiqui