Ayyan Ali, Pakistan’s former top model turned singer has released her first-ever album titled ‘Nothing Like Everything’ on Monday.

Ayyan took to social media to announce the release of her track.

She wrote, “Friends there u go presenting u my very first album ‘Nothing Like Everything’ that I started 5 years ago is finally released.” 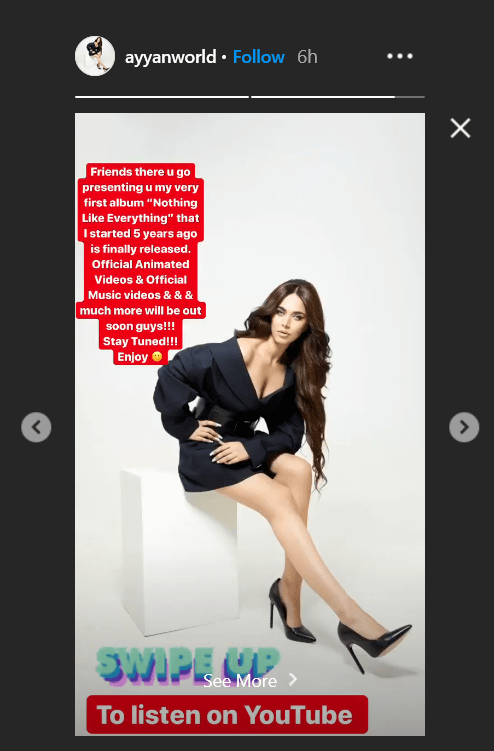 Prior to music release, Ayyan wished her fans and followers Eid Mubarak.

26-year-old model and singer had announced her comeback to showbiz on social media a few weeks earlier early saying, “Time to ride & double-check my upcoming 7 tracks in one of my favorite oldest Lambo.”