While there is no doubt that Pakistani musicians have placed the country’s name among the top ones in music, particularly in terms of reputation just across the border, it is also a fact that Pakistani singers have more than one battle to fight and survive. From copyright infringement to piracy issues to the general lack of safety, the singers are vulnerable at all fronts.

Taking it to Facebook, Strings member and acclaimed musician Bilal Maqsood addressed Prime Minister Imran Khan to bring his attention to the plight of musicians in the country.

“I saw a headline today that PM Imran Khan is making efforts for the revival of cinema in the country,” said Bilal, “It was definitely a positive thing to see but if I may ask, what about the musicians in this country?”

“Where do we the musicians stand in the cultural and social fabric of the country?” asked the Strings member.

Bilal shared that while the PM Khan has friendships with renowned musicians and artists globally, in this very country the singers are looked down upon and termed with certain derogatory names. Not only that but their safety is often compromised and they face hostility from the public.

“Does the government concur such perceptions about musicians? I don’t think so, I don’t believe so.

And if my belief is right then the government needs to take initiatives and make platforms that would help artists earn respect in Pakistan,” said the Dur singer.

“Because if they don’t, music will soon vanish from this country – much to some people’s pleasure though,” he continued.

“I also saw an artist fund ad recently which required the artist to fill in his number of awards, performances, and acclaimed songs. It was saddening to see because why artists need grants like that? Why not have opportunities for them to earn respect and earn hard-earned income to take home?”

“There are a lot of ideas and plans that can be implemented to help artists in this country, I hope you will hear us out,” the singer concluded with a step for the PM to take now. 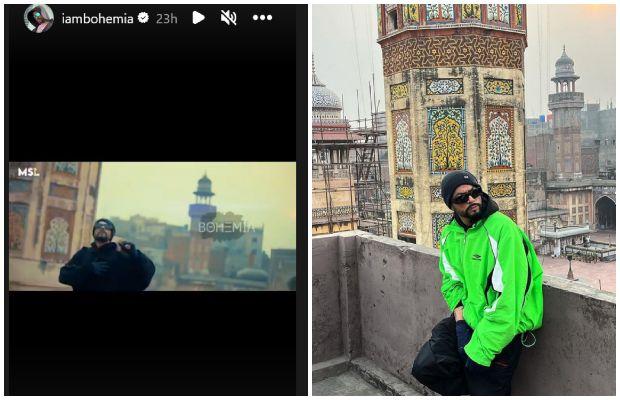