Total Cases
|
News Updates
HomeCelebrity NewsBTS return with a bang! Bringing ‘ON’ the ace game with MAP OF THE SOUL: 7
Celebrity NewsEntertainment NewsMusic

The album broke records right before its release and continues to do so! 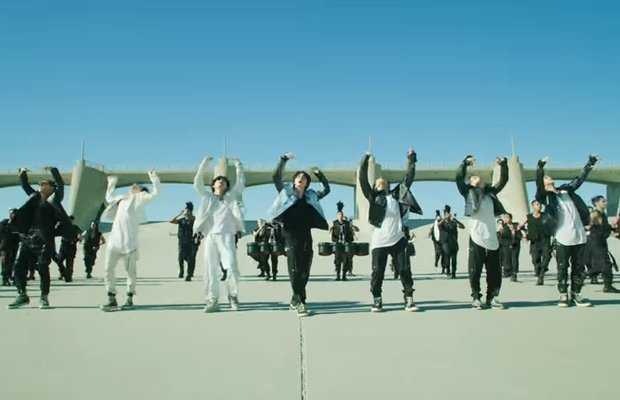 Yes! BTS the ultimate K-pop sensation is back with its brand new album MAP Of The SOUL: 7.

BTS also released the video its title song ON, and as we expected to be the title song of the BTS album, it reflects on the pop group’s seven years’ journey.

The song “ON” is “like a diary of our past seven years”, member RM told Apple Music before the release.

“We stumble from time to time but we got back up,” he said. “It´s like a declaration that we have admitted our destiny.”

The ARMY was more than excited after the release of the much-awaited album, as the hashtags #BTSComeback2020 trended worldwide following the release, as well as #WeONWithBTS.

Ahead of the video release for ON, BTS teased the track’s release on TikTok, and as expected, the demand for the 30-second teaser was so high that the platform crashed as the ARMY wanted to access the song.

Adding more to it, RM, Jimin, Suga, V, Jin, J-Hope and Jungkook revealed the Kinetic Manifesto Film: Come Prima for lead single ON, to accompany the release of Map Of The Soul: 7 at the same time.

This album features five songs from the previously released Map Of The Soul: Persona and 15 new tracks, including first single Black Swan, a total of 20 tracks and is expected to repeat the success of its predecessor.

Map Of The Soul: 7 tracklists

‘ON’ Kinetic Manifesto Film: Come Prima features a performance by BTS all seven members along with 30 dancers and a marching band.

Check out the video below: