K-Pop boyband managed under the Big Hit Entertainment banner had the launch of the 'Love Myself' campaign on November 1, 2017. 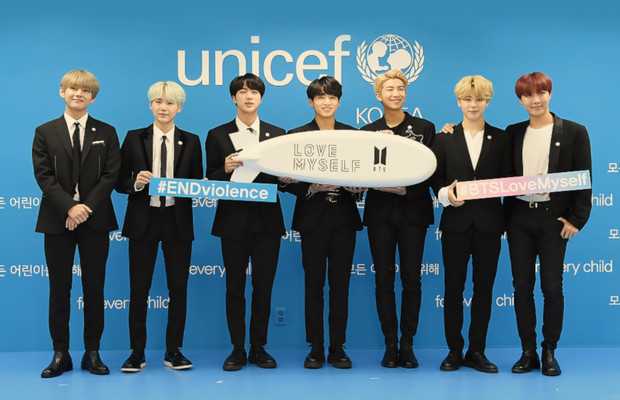 K-pop sensation BTS has won the 2020 UNICEF Inspire Award in the Integrated Campaigns and Events category for its global initiative “Love Myself”.

The award honors the most influential UNICEF campaigns internationally and the awardees were selected based on online voting by the organization’s staff worldwide and assessment by a panel of judges.

BTS joined hands with UNICEF in November 2017 for the initiative that aims to end violence against children and teenagers worldwide.

UNICEF Korea Secretary General Lee Ki-Cheol in a statement said that the message conveyed by the campaign had generated a positive impact across the globe.

“I believe this award is the result of BTS’ positive influence as they give children and youth across the earth both courage and comfort”, he added.

K-Pop boyband managed under the Big Hit Entertainment banner had the launch of the ‘Love Myself’ campaign on November 1, 2017.

The campaign was successfully managed and been engaged in numerous activities to support young people.