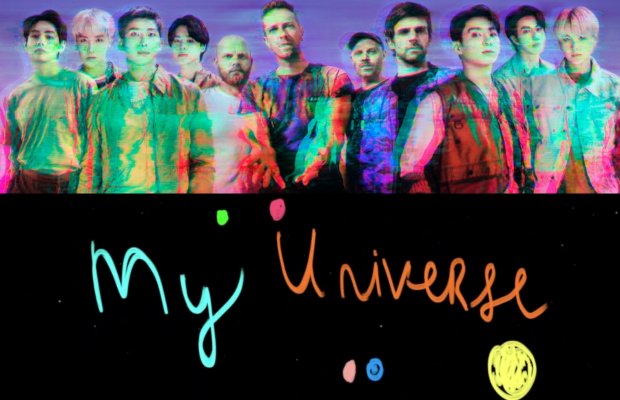 BTS and Coldplay have finally released the official lyric video for their much anticipated collaborative single “My Universe” on Friday.

The track is sung in both English and Korean “My Universe” is the second single to be released as part of Coldplay’s new album ‘Music Of The Spears’.

While Swedish pop record producer Max Martin has participated as the producer for this collaboration while and the two teams participated in writing the song.

Many music fans were left more than excited to see two legendary groups collaborate for this new track as #MyUniversre trend on social media globally:

Three versions of @coldplay and @BTS_twt's #MyUniverse simultaneously chart in the top 5 on US iTunes.