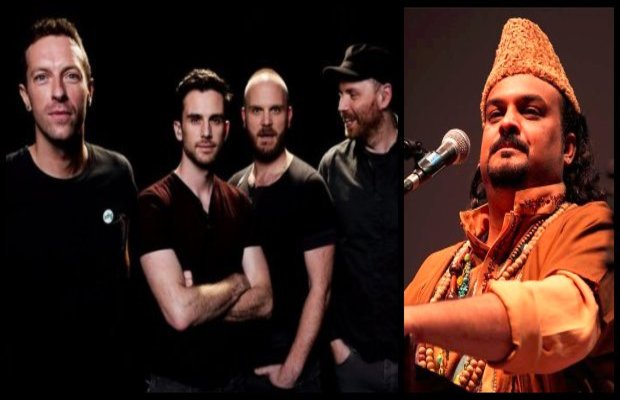 Popular British rock band, Coldplay, has released their latest album ‘Everyday Life’ which is being praised internationally and has soared to the top of the Official Album Charts.

But for Pakistani’s, it turned out to a pleasant surprise that Coldplay with their new album has paid tribute to late qawwal Amjad Sabri.

The second track of the album titled “Church” recalls the churning splendor of the band’s classic “Viva La Vida” with the vocalist Chris Martin’s voice and also containing a part of Amjad Sabri’s qawali.

In a recent interview, Coldplay’s front man Chris Martin talked about how the band received inspiration to make a song, which they think is a great one. While talking about the ‘Church’,’ told it is the second song on the album, also released as a single, as a love song that “fell through the sky,”

“There’s two cool other singers on that one. There’s this guy who was a Pakistani singer, called Amjad Sabri. He was sadly murdered by people who didn’t like what he stood for. Then there’s a friend of ours called Norah who is a guy from Jerusalem”, he added.

tweet
Share on FacebookShare on TwitterShare on PinterestShare on Reddit
Saman SiddiquiDecember 3, 2019
the authorSaman Siddiqui
Saman Siddiqui, A freelance journalist with a Master’s Degree in Mass Communication and MS in Peace and Conflict Studies. Associated with the media industry since 2006. Experience in various capacities including Program Host, Researcher, News Producer, Documentary Making, Voice Over, Content Writing Copy Editing, and Blogging, and currently associated with OyeYeah since 2018, working as an Editor.
All posts bySaman Siddiqui