Alpay Göltekin is known for composing music for many hit Turkish series and films. 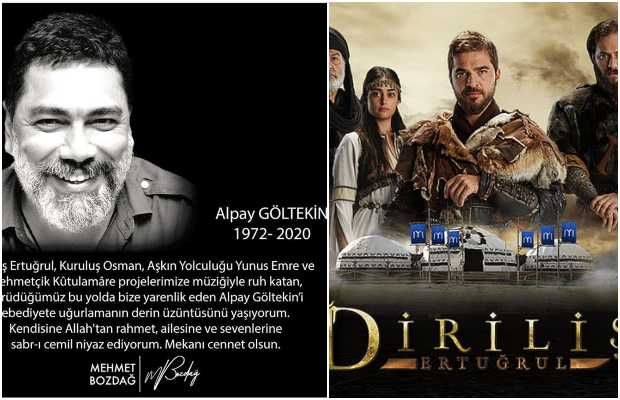 Alpay Göltekin, music composer of the Diriliş Ertuğrul series passed away at the age of 48 on May 11th.

As being reported, the famous musician was suffering from a brain tumor.

The Urdu dubbed version of the hit Turkish series is currently being aired on PTV Home and the story plot, including the music of Ertugrul Ghazi has won hearts of millions of Pakistanis.

The creator of the epic series Diriliş Ertuğrul, Mehmet Bozdag took to social media to share the sad news: 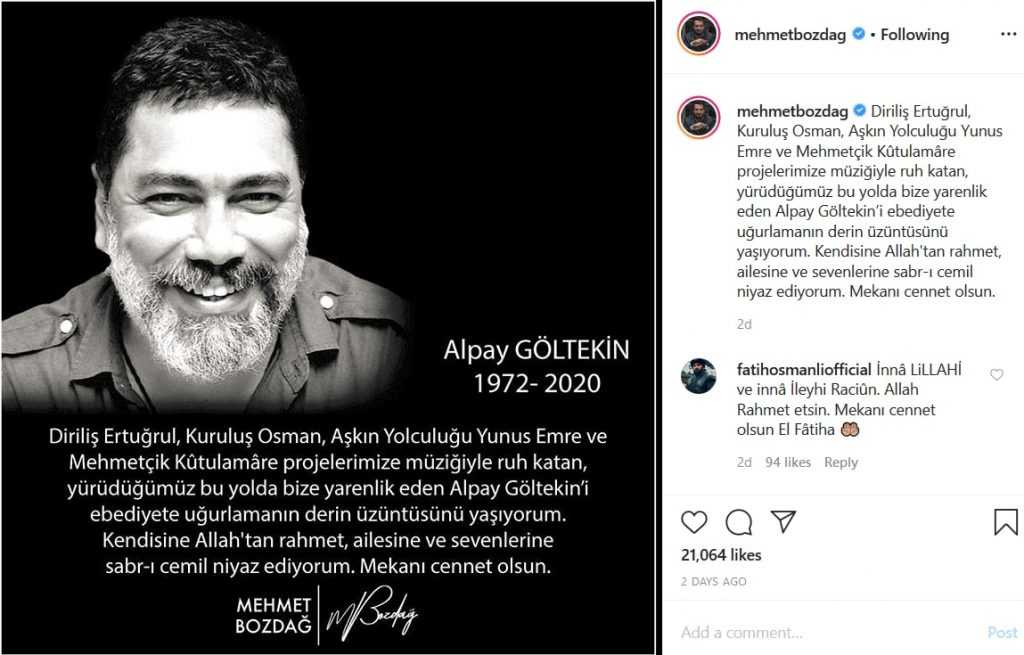 Born on April 2, 1972, in Istanbul, Alpay Göltekin has been associated with many successful projects, including stage, TV serials, films, and commercials.

His music compositions in Ertugrul Gazi are being enjoyed in Pakistan at the moment after the hit series broadcast was made possible on PM Imran Khan’s request.

tweet
Share on FacebookShare on TwitterShare on PinterestShare on Reddit
Saman SiddiquiMay 13, 2020
the authorSaman Siddiqui
Saman Siddiqui, A freelance journalist with a Master’s Degree in Mass Communication and MS in Peace and Conflict Studies. Associated with the media industry since 2006. Experience in various capacities including Program Host, Researcher, News Producer, Documentary Making, Voice Over, Content Writing Copy Editing, and Blogging, and currently associated with OyeYeah since 2018, working as an Editor.
All posts bySaman Siddiqui