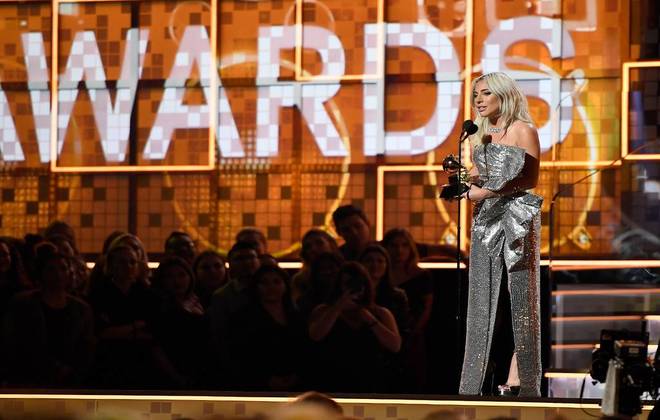 Just like what Oscars are to film and the Emmys are to the television industry, the Grammy Awards are equally prestigious in the realms of music.

Music industry’s highest honors, The Grammy Awards, were handed out to the winners at the live ceremony held in Los Angeles on Sunday. This year’s award ceremony was hosted by R&B singer Alicia Keys.

Another amazing night celebrating music and music makers. Thanks for joining us. See you next year. #GRAMMYs Captured on #pixel3 pic.twitter.com/z7IQpBZyCL

Award night had stellar performances lined up and being attended by renowned international music personalities.

Former first lady Michelle Obama made a surprise appearance at the award night.

Michelle Obama made a surprise appearance at the #Grammys (Watch) https://t.co/A5XlUuCVMD pic.twitter.com/wmHsc4AwjU

Country Music Hall of Fame member Dolly Parton, was joined by more than a dozen of the top-recording artists to perform at the Grammy Awards on Sunday night.
Those performances were part of a tribute to Parton’s songwriting after the country music legend was celebrated for her musical achievements and philanthropic work as MusiCares Person of the Year on Friday night.

The following is a list of winners in key categories:
Album of the Year: Golden Hour – Kacey Musgraves

Record of the Year: “This Is America” – Childish Gambino

#ChildishGambino (@DonaldGlover) won Record Of The Year for "This Is America." It was the fourth win of the night, as the track also won Song Of The Year, Best Music Video and Best Rap/Sung Performance. #GRAMMYshttps://t.co/qDgOlrqBK0

tweet
Share on FacebookShare on TwitterShare on PinterestShare on Reddit
Saman SiddiquiFebruary 11, 2019
the authorSaman Siddiqui
Saman Siddiqui, A freelance journalist with a Master’s Degree in Mass Communication and MS in Peace and Conflict Studies. Associated with the media industry since 2006. Experience in various capacities including Program Host, Researcher, News Producer, Documentary Making, Voice Over, Content Writing Copy Editing, and Blogging, and currently associated with OyeYeah since 2018, working as an Editor.
All posts bySaman Siddiqui