Hadiqa Kiani’s Tribute to Kashmiri Martyrs taken off from YouTube 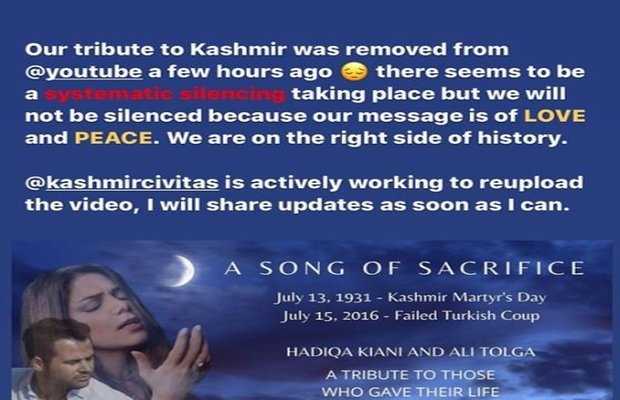 Hadiqa Kiani collaborated with Turkish singer Ali Tolga for a song that pays tribute to Kashmiri martyrs and those of the 2016 failed coup attempt in Turkey.

The song titled Daimi Bahar (everlasting spring) is a song in both Urdu and Turkish with the Pakistani singer making magic in both languages.

“Our tribute to Kashmir was removed from YouTube a few hours ago.There seems to be a systematic silencing taking place but we will not be silenced because our message is of love and peace,” she wrote.

“The Kashmir Civitas is “actively working to re-upload the video”, she added. 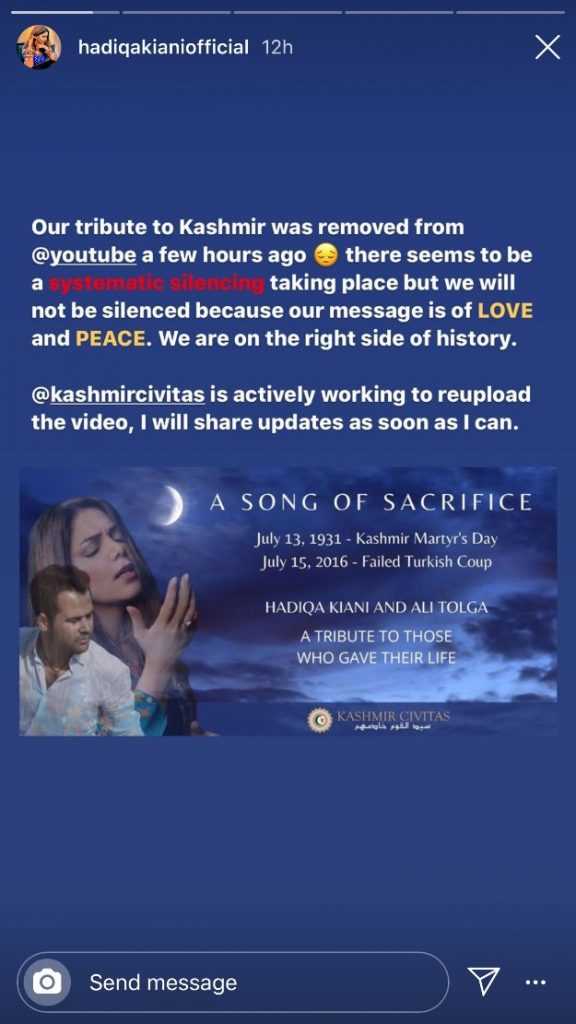 The video of the beautiful song is worthwhile on its own as the majestic Indian occupied Kashmir is featured with its breathtaking views. Daimi Bahar also shows PM Imran Khan and Tayyip Erdoğan in a meeting, as it showcases a few clips from the failed coup attempt.

Hadiqa whose ancestors belonged from Izmir Turkey has time and again touched her roots with the country as she recently sang a rendition of popular Turkish song. This time around she woos us away with the heartfelt Turkish and Urdu lyrics. 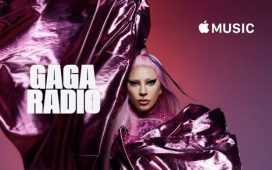 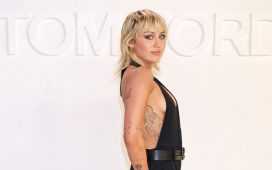 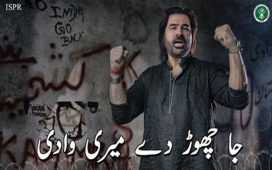 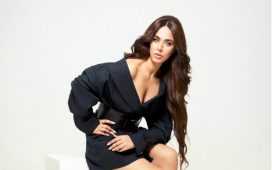 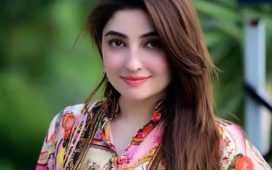