Jonas Brothers are back, release a new video ‘Sucker’ 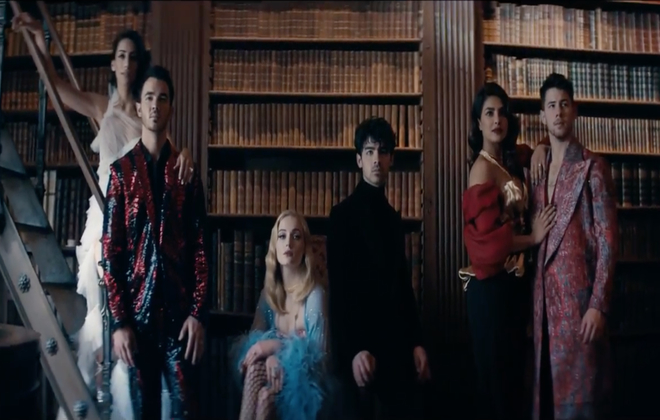 After six years, the Jonas Brothers are officially back together. And interestingly they have made their comeback with an ode to the women in their lives.

Afterward announcing their comeback on Thursday, they dropped a new single and music video called “Sucker,” which left their fans burning up with excitement.

Danielle and Kevin Jonas got married in 2009, Sophie Turner and Joe Jonas announced their engagement in 2017 and Priyanka Chopra Jonas and Nick Jonas were married in December.

As the Jonas brothers sing about being “suckers” for the women, the song video is vividly colorful, containing lavish scenes of these three couples together, filmed on a huge estate.

Apparently, the video has been shot in England as the Jonas has been sharing about their English trip lately.

#SuckerVideo is officially out! We really had the best time shooting this video in England with our family. Hope you guys love it. Feels good to be back 😎https://t.co/GhiRS1aISq pic.twitter.com/8FngHk3qcb

The Jonas Brothers rise steeply to fame through the Disney Channel’s “Camp Rock” film series. They signed with Disney’s Hollywood Records label in 2007, and their albums have sold millions of copies worldwide.