Highlighting the importance of education for all in Pakistan. 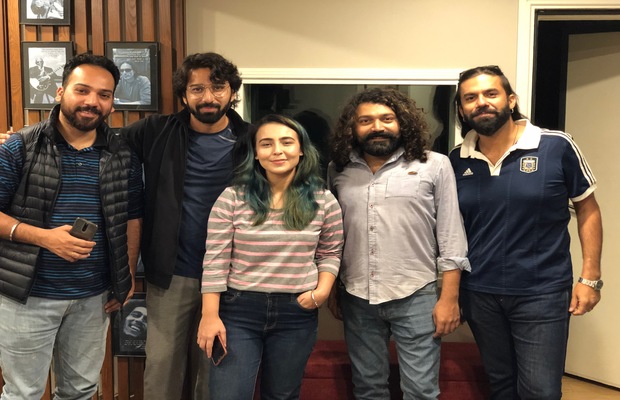 Kashan Admani brings together 31 artists to create the song ‘Taare’ as part of Dreamstaion Productions ‘Music For A Cause’. The song Taare marks the first time ever where 31 personalities from the Pakistani music and entertainment industry have come together united for a cause.

The song has been released on Youtube on 16th of April.

Pakistan today faces an education crisis of unprecedented proportions. According to Alif Ailaan, there are 22.6 million boys and girls out of school – that’s nearly half (44%) of all children in the country. Of those children who do go to school, the vast majority receive an education of poor quality. 43% of government schools are in a dangerous or dilapidated condition and lack basic facilitates such as furniture, bathroom, boundary walls, electricity, and running water.

While highlighting the importance of education in Pakistan, Kashan Admani says, “I created the song with the intention to instill a feeling amongst the privileged community to think of underprivileged children as their own. These children can’t afford quality education and they are the country’s future. If we do not educate them today, you can only imagine the kind of society we will leave behind for our future generations.

Education for all is the need of the hour. There are almost 23 million children out of schools in Pakistan. They can’t afford education and TCF is one organization committed to providing education to these children. I feel we need to create songs and use our art about issues that our society faces. That’s the reason why I chose to support TCF and started this initiative Music for a Cause under my company Dreamstation Productions.”

Praising Kashan’s initiative of giving back, Team TCF adds, “this initiative was led by Kashan Admani and he suggested to contribute to TCFs cause by developing a song to raise awareness about TCF.”

When asked about the experience of bringing 31 artists together, Admani adds, “Since this was a pro bono venture we asked all the artist we were in touch with and who were available in Karachi to participate and almost everyone agreed to own the cause and contributed. I wanted this project to have as many contributors as possible so that we could create the needed impact.”

tweet
Share on FacebookShare on TwitterShare on PinterestShare on Reddit
Saman SiddiquiApril 17, 2019
the authorSaman Siddiqui
Saman Siddiqui, A freelance journalist with a Master’s Degree in Mass Communication and MS in Peace and Conflict Studies. Associated with the media industry since 2006. Experience in various capacities including Program Host, Researcher, News Producer, Documentary Making, Voice Over, Content Writing Copy Editing, and Blogging, and currently associated with OyeYeah since 2018, working as an Editor.
All posts bySaman Siddiqui