The song is from the album, Doosri Dastak! 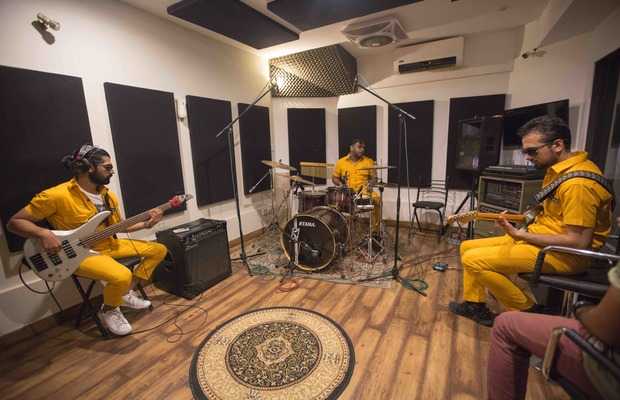 Barhe Chalo, played and recorded live, is a song which highlights the importance of change needed in the times we live in, and that the change can only come from within.

“We once shot the video for this song a few years ago but unfortunately lost the footage. Last month, we shot 6 videos of our live sessions back at the studio. We have experimented with different styles this time and believe that each song will have a different set of listeners. These are going to be performance-based videos with different setups and looks since every song has a very different direction of sound and feel. We wanted to keep these simple and effective. We are excited to be back and this time we shall be a little more consistent!” said Saad Hayat and Rehan Nazim.

Credited as the best live act from Karachi and one of the best from across Pakistan, MIRAGE, formed by Saad Hayat on Keyboards & Production, Hasan Mahmud on guitars and Rehan Nazim on vocals in 2003, has been active in the local music scene and has maintained a reputation for its solid, fun & energetic live act. The band’s current live line-up also features Mohsin Raza Shah on guitars, Shane Kerr on bass & Ajay Harri on Drums. Mirage has released 9 music videos (Aarzoo, Jeewan, Kyun Mujhse, Zara Suniye Tou, Ker Daalo Pakistan, Pyar Hua, Panchi and Befiker) and an album (Aarzoo) release to date. Indeed, MIRAGE is one of the few bands that have been intact and has also managed to survive the long-lasting music industry downfall.